Vancouver, B.C. – Burcon NutraScience Corporation has launched its new pea-protein and canola-protein blends: Nutratein-PS™ and Nutratein-TZ™.  The company said in a release that its novel canola and pea proteins, when combined, “create unique, unparalleled plant-protein blends, with exceptional functional characteristics, low allergenicity, and a nutritional value exceeding those of the standard pea proteins available on the market today.”

Burcon’s blend of its proprietary Peazazz® pea protein and Supertein® canola protein, branded as Nutratein-PS™, with its clean flavour and high solubility, is a protein blend for fortifying dairy-alternative beverages such as almond milk, or to formulate a standalone beverage with a nutritional value consistent with the gold standard of cow’s milk.

Burcon’s blend of Peazac™ pea protein and Puratein® canola protein, branded as Nutratein-TZ™, has functional properties making it ideally suited in the formulation of plant-based meat products such as veggie-burgers, or veggie-sausages and with a PDCAAS which actually exceeds that of beef.  Both Nutratein proteins are over 90 per cent pure protein.

Field peas offer important advantages to consumers, and to farmers as their production is environmentally friendly while being a great source of protein, with numerous applications in dairy-free foods, vegetarian foods, meat analogues, sports and slimming foods, seniors nutrition and clinical nutrition products.  Burcon’s Peazazz® pea protein has clean flavour characteristics and is well-suited for use in beverages, dairy alternative products, meal replacements and meat analogues, as well as a variety of other healthy and great-tasting food and beverage product applications.

Canola is one of the world’s most important oilseed crops, grown for its highly prized oil, with heart-healthy properties and renowned culinary qualities. Up until now, after pressing the valuable oil from canola, the residual meal has predominantly been sold as animal feed. Burcon’s innovative technology unlocks the protein from canola meal for human consumption in the form of highly purified protein ingredients with exceptional functional properties and unique nutritional value.

The combination of their functional and nutritional properties makes Burcon’s canola proteins ideally suited for use in a wide assortment of food and beverage applications. Burcon extracts and purifies two distinctly different canola protein fractions branded under the trade names Puratein®and Supertein®, both of which have pre-market approval for human consumption through the GRAS Notification program of the US Food and Drug Administration (“US-FDA”).

The method accepted by the U.S. FDA, FAO and WHO for evaluating the nutritional quality of a protein is referred to as the PDCAAS score, or the protein digestibility corrected amino acid score, with the highest possible score being a 1.0. The protein in cow’s milk and the protein in eggs are examples of proteins with a PDCAAS of 1.0. Peas have a PDCAAS score of less than 0.8, however, Burcon’s blends of pea and canola protein have PDCAAS scores of 1.0, equaling the gold standard of dairy protein.

With the enormous growth in consumer demand for dairy-alternative beverages, such as almond milk or cashew milk, the industry has now come to the realization that unlike dairy milk, these alternative beverages are deficient in protein and nutritionally inferior as alternatives.  Adding soy protein to these beverages is not an option, as that would effectively make these products soy milk.  Burcon’s Peazazz® pea protein, with its clean flavour and solubility is an ideal protein fortifier for use in these dairy-alternative products. A blend of Burcon’s Peazazz® pea protein and Supertein® canola protein can provide an even better alternative, providing not only the clean flavour and solubility of Peazazz® on its own, but also brings an unparalleled nutritional value for a non-dairy, and non-soy-protein milk alternative. 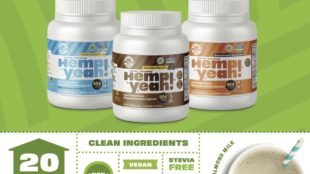