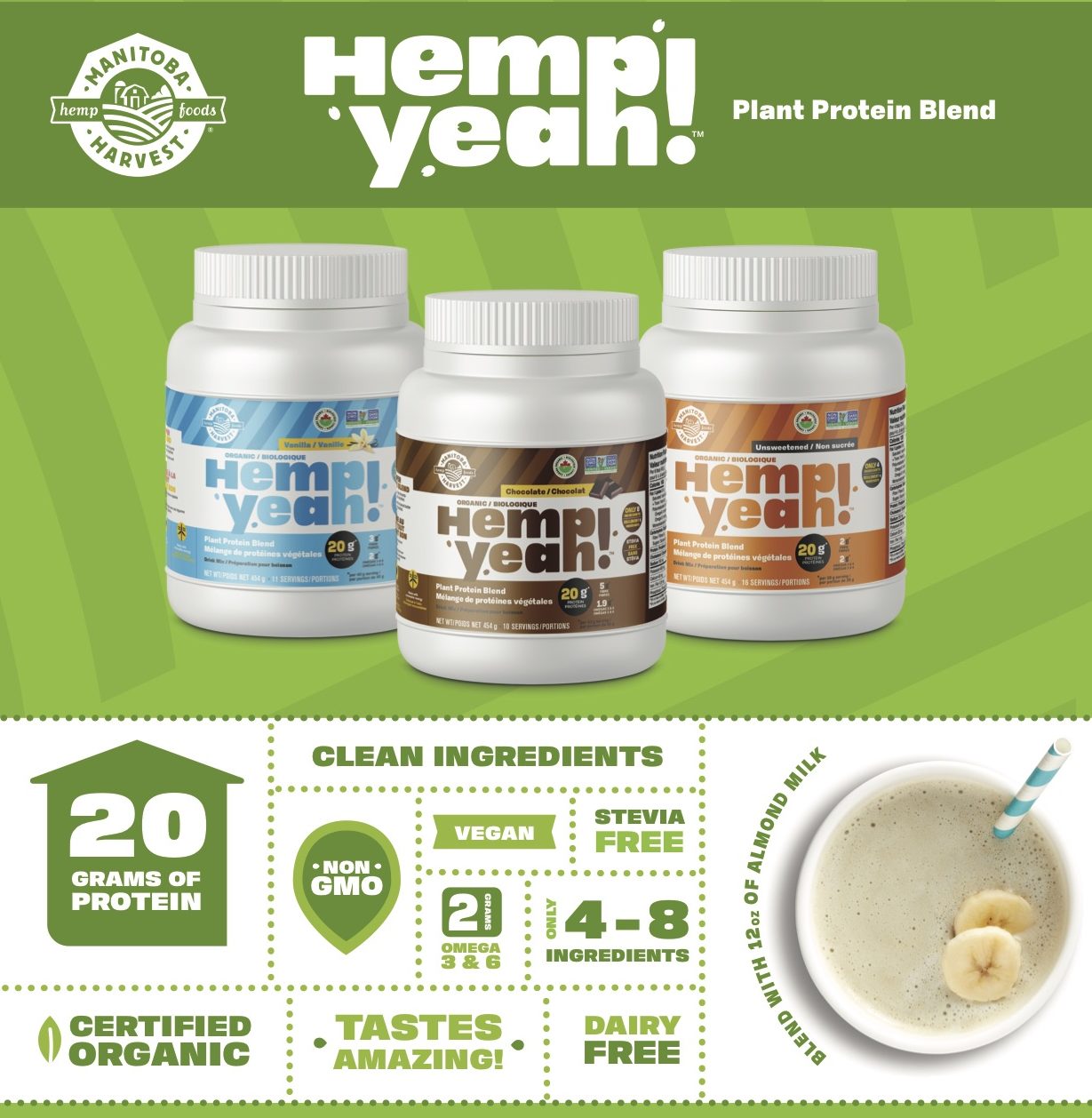 Manitoba Harvest, the world’s largest manufacturer of hemp food products, is going after a share of the rapidly growing market for plant-based proteins with the launch of Hemp Yeah! through major retailers across Canada this month.

With a global market already worth more than US$8 billion, demand for proteins developed from plant sources is expected to continue to surge. A recent report by the Canada West Foundation says the market is expected to reach US$14.8 billion by 2023 with a compound annual growth rate of nearly six per cent.

That’s good news for Prairie farmers, already among the world’s leading exporters of protein sources such as pulse crops and canola. It’s also a great opportunity for home-grown processors such as Manitoba Harvest crushing and processing seed purchased from producers.

Plant-based proteins offer the added advantage of containing fibre, which isn’t a component of animal proteins. “Hemp is an especially great source of plant-based protein as it has twice the amount of protein and omegas than chia or flax seed, but is lower in carbohydrates,” the company says in a statement.