It is also important to recognize that there is no single comprehensive part within the FDR that “showcases” all available claims. In general there are five types of basic claims. These include general nutrient content claims like “source of omega-3 polyunsaturates,” nutrient content statements like “four-grams fibre per 85-g serving,” vitamin and mineral claims like “excellent source of vitamin C,” protein claims like “made with soy protein,” and special dietary purpose statements like “diet” or those that recommend a food may be suitable for energy or sodium-restricted diets. All these claims are codified in the FDR.

Nutrient content claims have been part of Canadian food regulations for decades. A more formal and directly prohibitive approach to governing nutrient content claims came into being in 2002, alongside mandatory nutrition labelling. That more formal structure also introduced a higher degree of prescription, meaning that there are detailed rules on the requirements of such claims and how they are to be presented on a label. Certain claims must be worded exactly as noted in the FDR. Light and other types of comparative nutrient claims are particularly complex. Unlike the U.S., however, Canada does not require quantitative statements comparing the amount of the nutrient in a serving of the food to that in the reference food, nor does it require disclosure statements when threshold levels of fat, saturated fat, sodium or cholesterol are exceeded. Canada also does not limit the size of nutrient content claims in relationship to the height of the name of a food.

In the Feb. 10, 2018 Canada Gazette I, proposed regulations featuring front-of-packaging nutrition symbols reveal how Health Canada sees the future of nutrient content claims. We can expect even more prescription. Even before these most recent proposed amendments, we already had a taste of things to come. The final regulations that modernized Canadian ingredient and nutrition labelling (published in Canada Gazette II on Dec. 14, 2016) provide some additional relief from nutrition labelling on smaller packages. Under certain conditions a food package with less than 100 sq. cm of available display surface may include the manufacturer’s toll-free telephone number or address in lieu of a nutrition facts table.

As noted already, current nutrient content claims are codified in the FDR. Health Canada is planning on at least repealing the general nutrient content claims currently found in a table to section B.01.513-FDR, and incorporate a new table, “Table of Permitted Nutrient Content Statements and Claims,” by reference (IbR) in the FDR. IbR would enable Health Canada to more efficiently amend such claims in response to evolving science. The table would also include a revised claim for sugar-free that under the current FDR requires the food to also be energy free, to one were the food must be low in energy. A new low-in-sugars claim would also be introduced, and unsweetened and no-added-sugar claims would be linked to the new definition of sugars-based ingredients.

Proposed mandatory front-of-packaging nutrition symbols (FOPS) for sodium, saturated fat and sugar are one of the newest concepts concerning nutrient content claims. Where food is required to bear such FOPS, nutrient content claims would be prohibited within the 35-per-cent zone of such symbols. In addition, where claims are made on the 65-per-cent zone of the principal display panel, the height of the lettering is tightly controlled. What this means is that nutrient content claims will become even more “prescribed.” Keep in mind these are currently proposed regulations, which if finalized will provide for a transition period until Dec. 14, 2022. With all the new prescription in Canadian food labelling modernization, 2022 does not seem so far away. 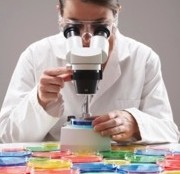