Sugar and the future of nutrition labelling in Canada

Health Canada has in mid-summer 2014 revealed what it is thinking of in view of the future of nutrition labelling in Canada.

This new vision comes on the heels of regulations proposed earlier this year in the U.S. The current Canadian and U.S. nutrition facts tables (NFt) look similar, but are not identical. Proposals in both countries would, if adopted, result in clearly distinctive panels. For example, the proposed U.S. format will place percent daily values (DVs) in the left column, while the Canadian format will retain DVs in the right column. Unlike the U.S. format, Canada would list nutrients that have health considerations because of possible over-consumption grouped together first (for example, fats, sodium, sugars), followed by a grouping of those that are generally not consumed in adequate amounts (like fibre, vitamin D or protein). Are we so different from our U.S. neighbours to warrant a unique format?

There are many changes proposed to the Canadian NFt, including updates to reference amounts, standardization of serving sizes and enhanced calorie labelling. The declaration of “sugars” will also see some significant changes, some of which, like declaring added sugars, being perhaps the most complex and controversial.

As proposed, the sugar trinity would include the introduction of a per cent DV for total sugars. Health Canada is proposing a level of 100 g. In contrast there is no similar proposal for the U.S. format. Australia-New Zealand and the European Union have established a per cent DV based on 90 g of sugars, declared voluntarily. Canadian dietary intake data shows that approximately half of Canadians consume more than 20 per cent of their energy as sugars. The proposed 100-g DV is equivalent to 20 per cent of energy, based on a 2,000 calorie diet. Requiring a per cent DV for total sugars is in keeping with Health Canada’s goal of having a simple way for consumers to gauge the amount of major nutrients that are of public health concern across a broad spectrum of the population. A per cent DV would also permit consumers to use the simplified message that five per cent DV or less is a “little” and 15 per cent DV or more is “a lot.” The latter is proposed to be included as a footnote in the NFt.

The second of the sugar trinity is perhaps the least sweet sounding to industry. It involves declaring total sugars, as well as a separate declaration of added sugars. Admittedly, Health Canada recognizes that there is little evidence that added sugars have an adverse health effect, independent of total sugars. They also recognize that by differentiating added sugars from total sugars, it might give the impression that the two are nutritional different. That could undermine the message of reducing total sugar intake. The goal for Canadians is to consume less than 10 per cent, and ideally less than five per cent, of their energy intake from total sugars. This would be consistent with the World Health Organization’s March 2014 draft guidance on sugar intake.

If implemented, these changes would pose some considerable challenges. One concern would relate to how the Canadian Food Inspection Agency will enforce them, if there is no way to analytically differentiate between total and added sugars. Another technical challenge would be for industry to actually determine such values. In simple foods, where the sugar is wholly represented based on added forms, this would be easy. For more complex foods, a manufacturer will need to depend on supplier information about added sugars for each ingredient to determine the amount in its finished food. Currently, such information is not typically available from ingredient suppliers. To then construct an NFt, a manufacturer cannot simply depend on lab analysis, as the added sugars will not be in that data set. Instead the amount of added sugars must be manually calculated, thereby increasing the amount of time needed to generate the NFt value and introducing the potential of error. The question then is whether such efforts are warranted when there does not appear to be any appreciable health benefits.

In the words of the wise philosopher and scientist Aristotle, “Change in all things is sweet.” 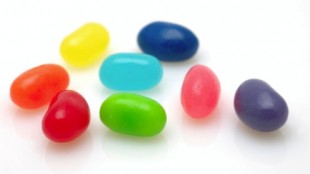 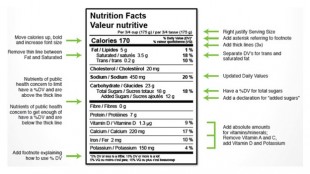