In March 2015 I introduced readers to Safe Food Canada: The Learning Partnership (SFC). This month’s column is an update on recent developments and SFC’s plans for the future.

Food safety learning in Canada is fragmented and there is much duplication of effort and expense. Since there is no standardization of food safety training today, every organization develops its own employee training program and/or it purchases courses from a variety of outside sources. Yet the foundational elements of science, technology, practices and outcomes are common across the food sector.

Funding: SFC received $850,000 in critical funding from the Canadian Food Inspection Agency (CFIA) in July 2015, giving the program the operating funds needed to sustain itself and to conduct research projects over the next couple of years.

Leadership: Brian Sterling became the president and CEO of SFC in early August 2015. Prior to his appointment he was the managing director of the Global Food Traceability Center, an initiative sponsored by the Institute of Food Science and Technology (IFT), an internationally recognized food science innovator headquartered in Chicago.

Even before SFC was formally underway it conducted an exploratory market study in the summer of 2015 with the purpose of understanding current spending on food safety training amongst Canadian food companies. Nine small, four medium and seven large companies representing a broad cross-section of the food processing industry were asked:

The preliminary responses indicate that there is no ROI for food safety training in Canada. Only 50 per cent of the participating companies tracked their spending on food protection training, even though all claimed to be providing at least four hours of training per year (this is not unique to Canada; these statistics are also hard to find for other countries). The SFC study also found that 59 per cent of respondents had difficulty finding adequately trained candidates. The results of the study will be published early this year.

SFC plans to expand this study with the objective of establishing a benchmark that companies and regulators can use to compare their food safety training investments against national averages. By establishing a benchmark for industry spending on food safety training and education, companies will be in a better position to understand whether their investment in this activity is keeping pace, lagging, or perhaps leading the industry.

To participate in SFC’s benchmark study on food safety training expenditures and ROI, please visit safefoodcanada.com or email [email protected]. You may also be interested in signing up to participate in other research the SFC is planning on training quality standards. To quote Michael McCain of Maple Leaf Foods, “Food safety should not be a competitive advantage.” Please participate! 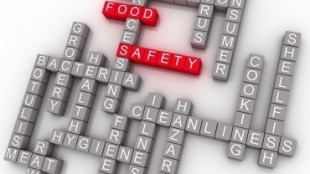 Safe Food Canada receives funding to advance its cause