Metal detection equipment manufacturers Fortress Technology take a look at the equipment options in the most widespread food and packaging application scenarios, cutting through the confusion on the pros and pitfalls of metal detectors versus X-Ray, highlighting the importance of arming yourself with all of the facts to make an informed decision based upon the most prevalent contaminant risks. 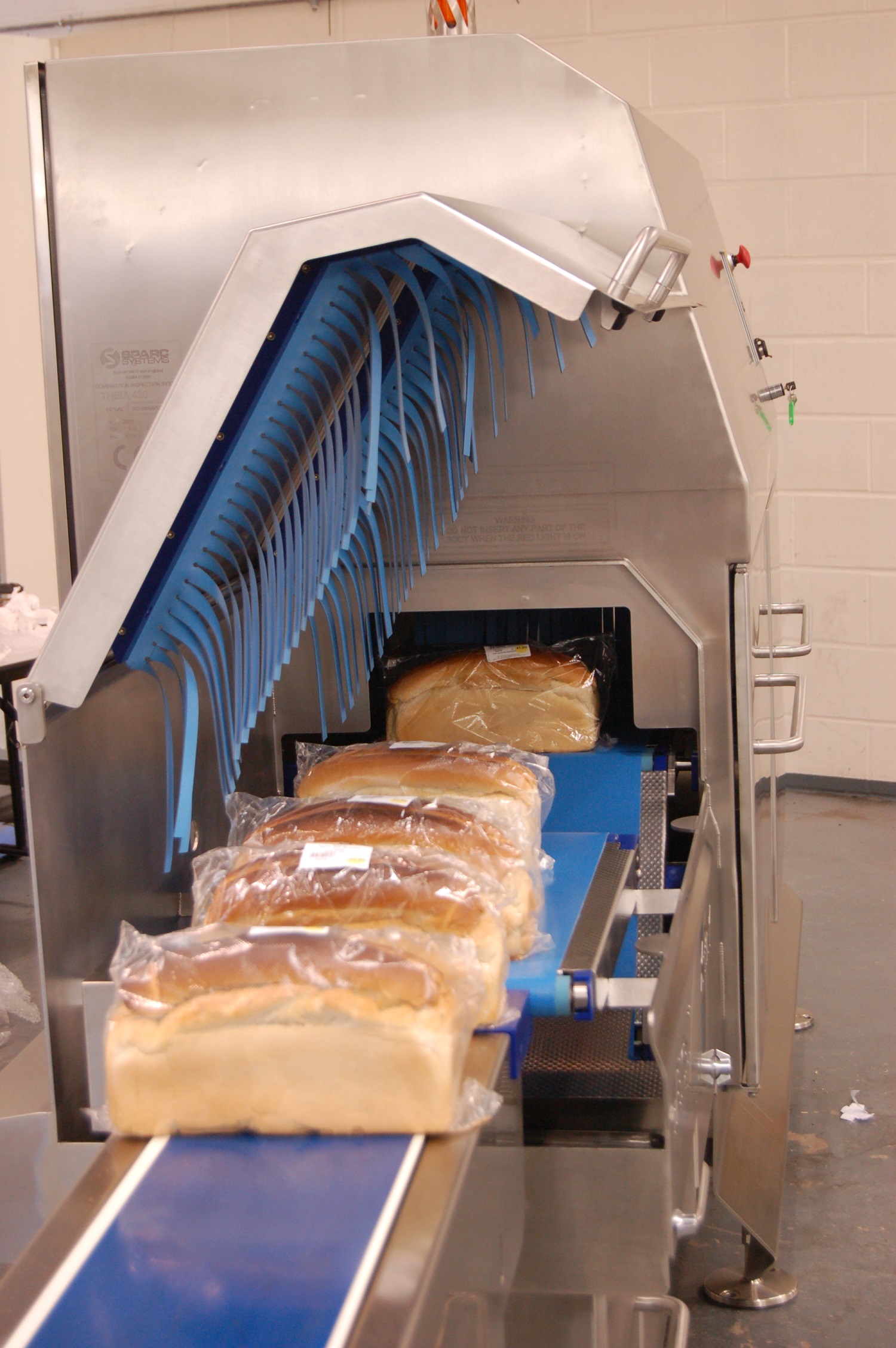 When it comes to determining which system is best for your processing company—metal detection or X-Ray, in many applications it is obvious which type of inspection technology to opt for, since only one of them can reliably detect the contaminants that pose the risk you are trying to mitigate.
However, it’s not always as straightforward.
The two technologies will often succeed or fail depending on two different sets of criteria.
Success with metal detectors tends to depend on the materials involved (the product, the packaging and the contamination), while X-Ray detectors are more likely to be affected by other parameters such as the shape of product and the mode of transport through the unit, in addition to density differentials.
Putting this into context, X-Ray systems cannot generally be used on free-falling products because of the inconsistent density within the falling product stream. This rules them out of many bagging operations, such as vertical form-fill-seal (VFFS) lines.
Meanwhile, if stone, glass, high-density plastics or bone poses the biggest risk, a metal detector will obviously be unable to spot them. It is, however, worth noting that even an X-Ray system will only be able to deliver reliable protection against these non-metallic contaminants under certain conditions.
This leaves many applications in food and packaging open to interpretation. Faced with making a choice about which technology to invest in, Fortress provides three impartial pointers to help make the decision-making process less of a minefield. 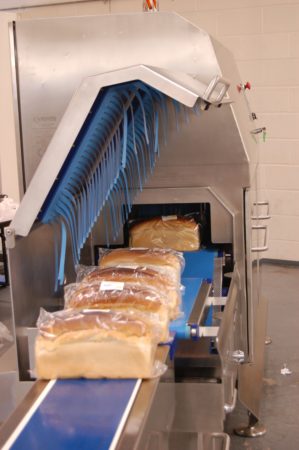 1. Cost comparisons
The upfront financial expense of installing new equipment is naturally a major consideration, yet so can ongoing maintenance costs, which contribute to the total cost-of-ownership over your equipment’s life span.
Metal detectors are typically less expensive up front. What’s more, the price differential between metal detectors and X-Ray systems increases incrementally according to the size of the aperture. For smaller units the difference in upfront cost may not be a deal breaker if investing in X-Ray, but it may become insurmountable if a physically bigger system is required – for example if checking whole chickens rather than chicken nuggets.
Energy consumption contributes to ongoing costs. The difference here depends mainly on whether the X-Ray system requires cooling systems, such as fans or air conditioners, which drive up energy consumption. In contrast, metal detectors are designed to be more robust in extreme environments (such as freezers, wet processing plants such as fish packing) and when dry ingredients are prevalent (such as flour in bakeries and food manufacturers that use or pack spices and seasonings).
Another factor is the cost of spares and ongoing maintenance. Although much more reliable than predecessors, generators and sensors still feature on new X-Rays and remain consumable items. Spare part prices are typically quite high compared to a metal detector. In addition, support costs, such as paying for an independent Radiation Protection Advisor to conduct the HSE-required yearly safety inspections on X-Ray equipment, also need to be considered. With travel expenses, prices for this inspection can range from US$800 to US$1,300 per annum.
Added up, the cost differences can be substantial. In the worst-case scenario, the total cost-of-ownership for an X-Ray inspection system can be more than 100 times greater than that of a metal detector. In addition, potential safety and liability concerns mean that x-ray systems offer almost no resale value.
Of course, other factors may outweigh cost considerations. Before investing, users need to feel confident that an X-Ray system will add considerable value in terms of risk reduction as well as versatility for their specific application. 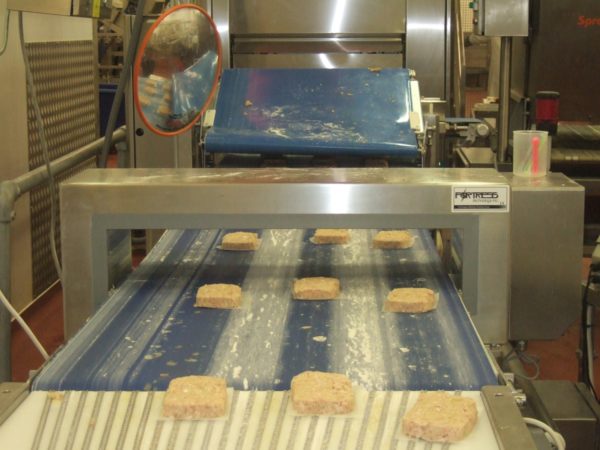 2. Appraising sensitivity
The sensitivity of both metal detectors and X-Ray systems deteriorates as the size of the aperture increases. However, several other factors can impact on the sensitivity of the two technologies quite differently.
Metal detectors can identify all types of metal based on magnetic and conductive properties, while an X-Ray system depends on density differentials. This means that an X-Ray system may struggle to detect aluminum, including foil or metalized film.
On the other hand, foil packaging can present a challenge for metal detectors, which can only detect magnetic or ferrous metal contamination inside the package, while an X-Ray system can detect all metals to some extent.
Then there is the ‘orientation effect’ and the ‘product effect’ to consider.
The orientation effect occurs if a contaminant is non-spherical, such as a piece of wire, in which case the ability to spot it may depend on the orientation it presents to the detector. In the case of X-Ray equipment, the presenting face must be equal to or greater in size than the base resolution of the detector diodes, which is analogous to the pixel resolution in a camera. Metal detectors are certainly not immune to the orientation effect, but they do not have this absolute cut-off.
A so-called product effect may be produced by the product itself or by its packaging. Until recently, anything wet or conductive impacted the performance of metal detectors, especially in the case of stainless steel contaminants. This is because metal detectors work by spotting materials that create a magnetic or electrical disturbance as they pass through an electromagnetic field. Unlike ferrous and non-ferrous metals, stainless steel is usually non-magnetic and a poor electrical conductor.
Consequently, a stainless steel swarf, metal shard or narrow wire hidden in a dry product typically needs to be 50 per cent larger than a ferrous sphere to generate a similar signal size. This disparity can rise to 300 per cent in wet products, such as ready meals, meat, fish, sauces, preserves and bread, because moisture acts as a conductive and the metal detection signal can be swamped by product effect. Solutions, such as simultaneous multi-frequency, are now available on the market to address this longstanding issue.
In the case of an X-Ray system, the product density and how uniform it is, will both affect its sensitivity.
3. Practical matters
Several practical factors also determine the type of system that may better suit a particular application. Among them is the footprint of your facility. Limited space usually favours metal detection, as do applications where the speed of the product through the machine is very fast or very slow.
Maintaining a reliable performance over time demands periodic calibration and validation checks on both types of technology. In some cases, the process can halt production several times each shift. Users may therefore want to reduce the frequency, but they need to consider that the longer the interval, the more product may have to be discarded or recalled if a problem with the inspection system is discovered.
Although a well-maintained X-Ray system presents a minimal hazard, some systems require protective lead curtains to contain the X-Rays. These in turn need condition monitoring and must not meet unpackaged product. Care must also be taken that they don’t impede the passage of lightweight products through the system.
Summing up
Some users naturally gravitate towards X-Ray systems because they are perceived to be more versatile. It’s true that they have the ability to carry out further product inspection functions that are beyond the scope of metal detectors, such as spotting missing or broken products or checking the fill level.
However, users need to be sure that any technical advantage will actually add value, since the pros and cons of metal detection and X-Rays often make it difficult to see which technology is the most effective and cost-optimized solution in practice.
Print this page