Energy drinks in the news

Energy drinks have been getting a lot of press lately, and it hasn’t all been good

Energy drinks have been getting a lot of press lately, and it hasn’t all been good. Over the last year or so, we’ve seen reports of a possible link between the beverages and deaths or illness, concerns about inadequate regulation of the drinks in connection with the amount of caffeine and other ingredients contained in them, and reports that the claimed benefits of the beverages may not hold true.

These popular beverages are marketed as providing boosts of energy and improved mental and physical performance. They entered the North American scene in the 1980s and 1990s but have been widely available in other parts of the world for much longer.

They first entered Canada as “natural health products,” but in late 2011 were reclassified as foods. As a result of the reclassification, energy drinks are now subject to the same labelling requirements as foods (including the nutrition facts table and required allergen declarations), and there are limits on the amount of caffeine and other ingredients in the drinks.

Effective now, the caffeine in energy drinks sold in Canada has been capped – the new limit is 180 mg of caffeine per can or single-serving bottle – about the same as a filter drip eight-ounce (237-mL) cup of coffee. All of the drinks, including larger, resealable bottles, are also being capped at 400 mg of caffeine per litre.

According to Health Canada spokesman Sean Upton, “when setting the 180-mg limit, we looked for a level that would not represent a risk, based on expected consumption patterns for these drinks.” For most adults, 400 mg of caffeine per day is considered safe.

In addition, manufacturers are required to report consumer complaints to Health Canada and submit more detailed information on consumption and sales of energy drinks, which will assist in the monitoring of the drinks to determine if additional safety requirements are needed. According to William Yan, a director in Health Canada’s bureau of nutritional sciences, “we consider there to be (information) gaps right now, as to how these products are actually being used.” Health Canada wants to close those information gaps before giving us its final word on the subject.

The Canadian government’s limits on the amount of caffeine in energy drinks, and its plan for increased monitoring of the drinks’ safety, comes at a time when the U.S. Food and Drug Administration (FDA) is facing pressures to improve oversight of the beverages.

Last year, the possible link between consumption of energy drinks and deaths, irregular heartbeats and amnesia became news across Canada and the U.S. Of particular concern is consumption of these drinks by children and teens. In addition to high amounts of caffeine, the drinks contain other compounds, and the possible effects of these — especially in combination — on children’s health has not been well studied.

A number of U.S. senators have been pushing the FDA to change the regulation of energy drinks, and have been using the new Canadian guidelines as evidence that the U.S. is being irresponsible with respect to the oversight of these beverages.

A food additive cannot be used in a conventional food unless the FDA has approved it for that use. Substances that are generally recognized as safe (“GRAS”) are not considered to be food additives, and can therefore be added to conventional foods without pre-approval from the FDA. Therefore, as long as there are no ingredients in the drink that have not been GRAS, it can be marketed without pre-approval.

The “active ingredients” in dietary supplements do not require pre-approval by the FDA before marketing – the onus is on the manufacturer to determine its product is safe and that any representations or claims made about it are not false or misleading. If the FDA wants to remove a product from the market, it has to prove that the product is unsafe under the conditions of use suggested in the labelling.

With respect to energy drinks, in November 2012, the FDA announced that it was continuing to investigate reports of illness, injury or death of people who took products marketed as “energy drinks” or “energy shots.” In a letter dated Nov. 21, 2012, the FDA stated that it was looking into whether energy drinks may pose significant risks when consumed in excess or by vulnerable groups, including young people and those with pre-existing cardiac or other conditions. In addition, it stated that its review may be “greatly enhanced” through consultation with outside experts.

The letter concluded with the statement that the FDA is committed to addressing the recent issues surrounding the drinks, and to taking science-based actions needed to protect public health. Depending on the outcome of its review of energy drinks, it will take action as needed with respect to limiting the levels of caffeine in the products and ensuring they are appropriately labelled.

And on top of all of these safety concerns, a recent New York Times article reviews a number of studies demonstrating that, despite companies claiming otherwise, the only real boost we get from consuming energy drinks is a jolt of caffeine. This runs counter to the claims made by major energy drink producers that their products contain proprietary blends of ingredients that provide a range of mental and physical benefits. It is believed by some that companies have conducted few studies demonstrating the alleged benefits of the products, and according to the New York Times article, such evidence may be non-existent.

All of this shines a light on an industry that, despite the recent “bad” press, continues to flourish. As reported by the New York Times, energy drinks are the fastest-growing part of the U.S. beverage industry, with sales reaching $10 billion in 2012.

Whose Decision is it Anyway? 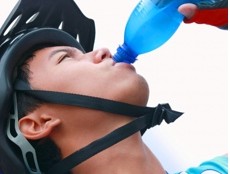