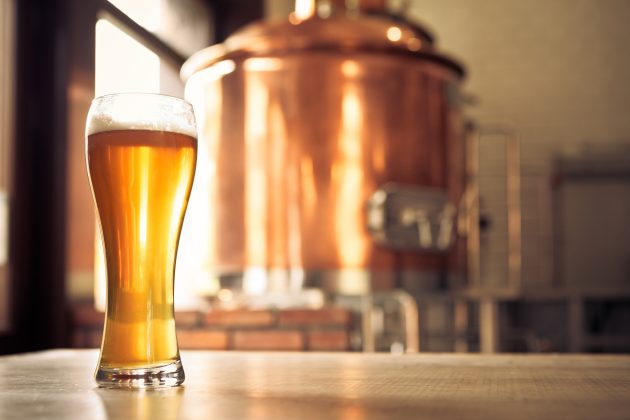 When listening to reports about people going out and enjoying the weather, one can only assume that everything is back to normal. Not quite, especially for the beer industry in Canada. In fact, total beer sales have actually dropped 7.3 per cent compared to last year, according to a report obtained by Beer Canada.

Total beer sales are up in Newfoundland and Labrador by a whopping 20.1 per cent. But in other provinces, beer sales for both retail and service have dropped significantly. The largest drop so far this year has been in the province of Quebec. Beer sales have dropped 13.3 per cent compared to last year. In Saskatchewan, sales have dropped by 12.6 per cent and in Alberta, by 10.7 per cent. All areas are in the red, except for the Territories. In the beer business, a simple -1 per cent is massive, so the -3.3 per cent in Ontario is considered a disaster. These drops are in addition to a disastrous 2021 when lockdowns were the norm to combat COVID-19. When things started to open earlier this year, this is not the scenario the beer industry was expecting.

In volume, beer sales are 8.3 per cent below pre-pandemic levels. Beer sales have dropped for a variety of reasons. Firstly, our labour shortage is clearly a contributing factor. Restaurants are either closing earlier, or not opening some days during the week. Many locations are now opening only five days. Many locations will close at 10 p.m. versus midnight or 2 a.m. Again, many operators cannot get the staff.

Public events are back, but we have had fewer of them across the country. And attendance in many cases have dropped significantly from pre-COVID standards. It will take a while before people get comfortable with our new post-COVID reality. We’re not sure what is in store for us this fall, pandemic-wise, but we are expecting people to behave with extreme caution, as they should.

As for consumers, they appear to be in a different place now. Home consumption beer sales this year so far have returned to pre-pandemic levels. But sales for beer consumed at restaurants and events remain 35 per cent to 40 per cent below pre-pandemic levels. Over the last three years or so, many of us were drawn instead to wine, spirits, and other products. Seltzer and ready-to-drink alternatives are also becoming more popular. In a nutshell, Canada went from being an on-premises beer drinking country to a more at-home wine and spirits drinking market. Many of us have tried new products and have experimented with new tastes and brands. These experiences have drawn many away from beer. Canadians are still drinking beer, but the numbers are telling us the percentage of beer drinkers has dropped significantly.

The other factor, of course, is inflation. Alcohol is obviously discretionary for consumers, and many are cutting back expenses these days to cope with skyrocketing food prices. Beer prices have also risen by 10 to 15 per cent in the last 12 months, and will likely rise even more next year. In 2017, Ottawa introduced an indexation formula to raise taxes on beer, based on our consumer price index (CPI). With this year’s CPI, the deferral portion of taxes on beer could rise by up to seven per cent in April 2023, which is a record. Some provinces have expressed some sympathy by not raising their own tax portion on alcohol products, but not Ottawa. At least, not yet.

In essence, working from home changes our behaviours and food choices. The beer situation is one good example of how the food industry is being affected by a more home-based food market. People will drink beer at home, but going to events, and seeing friends at different locations will get people to consume more, but differently. Continuing labour issues and market changes will entice the food industry to adjust and seek new opportunities, for better or worse.

In the meantime, the year 2022 was to be a comeback year for the beer industry. Looks like it may need to wait a little longer for that to happen.

Related
Alcohol spending in Canada grows 2.2 per cent
Beer Store opens ownership to all Ontario-based brewers
Due to pandemic, one in three Canadian kids now at risk of going to school hungry