Using solar power, diverting waste, creating healthy products are just a few of the innovations recognized by the Premier’s Award for Agri-Food Innovation Excellence, which were announced this week 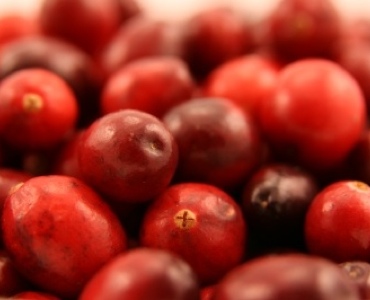 Colborne, Ont. – Innovators in agri-food were celebrated and honoured this week for their contribution to the industry in Ontario.

The award recipients came from different parts of the province, such as Hastings County, Muskoka District, Northumberland County and Prince Edward County.

• Harwood Estate Vineyards Inc., Hillier, Ont.
The vineyard is 100 per cent solar-powered, eliminating monthly energy bills that previously were up to $2,000. In partnership with Ontario’s Ministry of Agriculture, Food and Rural Affairs, the progressive vineyard introduced experimental pest control strategies such as pheromone disruptors and cover crops. To conserve water supplies and ensure irrigation during dry periods, Harwood Estate also installed a catchment system that harvests 85,000 litres of rainwater each year. Finally, the company only hires locally, supporting the local community and economy.

• Johnston’s Cranberry Marsh & Muskoka Lakes Winery, Bala, Ont.
Until recently, Johnstons Cranberry Marsh & Muskoka Lakes Winery was forced to compost 20,000 pounds of perfectly good fruit each year. Because consumers prefer bright red cranberries, the growers were discarding white, pink and light-coloured berries. So the company thought why not put the wasted fruit to equally good use? It took some doing, but today, those 20,000 pounds of would-be compost are transformed into 6,000 litres of award-winning fruit wine that’s sold at the farm, online and through the LCBO.

• Kaley’s Acres, Castleton, Ont.
In 2009, Draupadi and Adrian Quinn converted 10 acres of former tobacco fields into kale production. The hardy crop, which has a long growing season, is then harvested and transformed into five different flavours of raw, guilt-free kale chips. Annual sales have sky rocketed, and the operation employs 15 seasonal and year-round workers. With demand strong and growing, the Quinns are now planning to open a 20,000-square-foot processing plant down the road that will process 20 tonnes of kale a week.

• Pyramid Farm and Ferments, Picton, Ont.
At Pyramid Farm and Ferments, Alex Currie and Jenna Empey have revived the lost art of making sauerkraut, sauerruben and other fermented vegetables. Drawing on traditional Ukrainian recipes from the 1900s, the pair has successfully commercialized a lactobacillus-based fermentation process. No vinegar or chemicals are required. Only cabbage, beets and other locally grown veggies go into their products. Currie and Empey have doubled their income between 2012 and 2013. To keep up with booming demand, they are now planning new fermentation tanks to expand their production capacity eight fold.