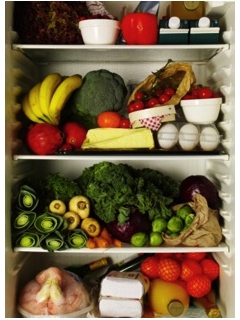 Forty-two percent of Americans believe they have become sick or ill over the past two years from what they attribute – at least in part – to something they ate. That’s one of the results of a recent online poll conducted by Harris Interactive earlier this year. Questions were posed to 2,010 adults.

While some of those respondents who attribute an illness to a food item may have contracted their illness elsewhere, the perception of a food-attributed illness poses a major problem for food manufacturers and suppliers, say the authors of the poll.

In fact, the results found that seven in 10 Americans or 69 per cent of respondents who attribute an illness to a food item think they know exactly what made them sick.

Americans are concerned about fresh foods

While many people will stop a behaviour, such as eating a food item that they believe made them sick, most Americans do not have large levels of concern regarding the safety of eating different foods.

But among four types of foods – fresh, canned, frozen and other packaged foods – two in 10 adults are either extremely or very concerned that fresh foods are safe to eat.

When the researchers included those respondents who are at least somewhat concerned, at least three quarters to one half of Americans are concerned to some extent that these foods are safe to eat: fresh foods (73%), other packaged foods such as boxes, jars, bags, etc. (64%), canned foods (59%), and frozen foods (53%).