FSIS switched from annual food safety audits for foreign countries shipping meat to the U.S. to once every three years and made the change public this year

Washington, DC – The U.S. will no longer be conducting annual food safety audits for foreign countries shipping meat to the U.S.

While the policy change was made nearly three years ago, reports FoodSafetyNews.com, the U.S. Department of Agriculture’s (USDA) Food Safety and Inspection Service (FSIS) did not make the change public until Jan. 25, 2013.

The new approach means much of the responsibility rests with countries self-reporting data to FSIS. FoodSafetyNews.com reports that this new approach has eliminated 60 per cent of in-country audits.

Shift from annual audits could be risky, say critics

The assessments used to happen annually in each country approved to sell meat to the U.S. with the aim of ensuring those countries’ inspection system is essentially equivalent to the USDA’s, reports FoodSafetyNews.com.

FSIS officials believe the shift away from costly on-site audits will better target resources to the greatest risks, says FoodSafetyNews.com, but some critics worry that reducing the checkups will increase the chances of contaminated meat entering the U.S.

The U.S. Federal Register says FSIS modified its three-part method for verifying the equivalence of foreign food regulatory systems by developing a performance-based approach for determining how frequently both on-site audits should happen.

“FSIS transitioned from an annual on-site audit to less frequent on-site audits based on performance,” reads the notice.

“It took FSIS some time to work through the mechanics of this transition. Fully training its auditors and other aspects of the transition also took longer thank contemplated. Now that the transition is fully in place, FSIS is announcing it to the public.”

According to an analysis by FoodSafetyNews.com, from 2001 to 2008 FSIS inspected about 26.4 foreign trading partners each year, on average.

FoodSafetyNews.com reports that the agency developed a Self Reporting Tool (SRT) that allows countries to self-report information and policy changes to FSIS.

Foreign officials provide information to the agency on things like preventive controls, microbiological and chemical testing, sanitation and government oversight.

The self-reporting tool has been supplementing in-country audits since 2010, according to the agency.

FSIS uses an annual performance assessment, which will also look at past audits and the results of port-of-entry re-inspection to determine how often in-country audits should happen.

In addition to these audits, FSIS plans to do “for cause” audits if, for example, imported meat from a particular country repeatedly fails port-of-entry tests.

U.S. to change its import guidelines on BSE 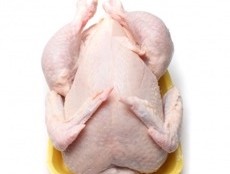