The $1,265,000 in funding will allow the CDPQ to focus on animal welfare, making prudent use of antibiotics and ensuring environmental protection 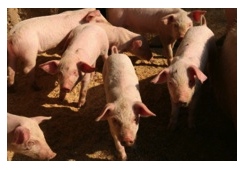 The governments of Canada and Quebec have announced that the agreement between the Centre de développement du porc du Québec (CDPQ) and the Quebec Ministry of Agriculture, Fisheries and Food (MAPAQ) will be renewed for 2016/2017, which means a renewal of $1,265,000 in funding.

This funding is expected to allow the CDPQ to focus on key issues for both the industry and MAPAQ such as improving animal welfare, making prudent use of antibiotics and ensuring environmental protection and social acceptability.

This project is funded under the Canada-Quebec Growing Forward 2 agreement. In addition to the announced funding, the CDPQ has received $374,000 to pursue and step up the activities of the Programme d’analyse des troupeaux de boucherie du Québec (PATBQ) to improve beef cattle herd’s productivity, efficiency and profitability in Quebec.

“The Government of Canada is pleased to assist the CDPQ in carrying out projects that will help improve the competitiveness of the hog sector. I would also like to acknowledge the CDPQ’s active participation in the work and administration of the Canadian Swine Research and Development Cluster, which has received $13 million in federal funding until 2018,” says Lawrence MacAulay, Minister of Agriculture and Agri-Food.

“The hog sector represents 28,000 jobs and generates $2.4 billion in value added in all Quebec regions. Thanks to its multidisciplinary team, the CDPQ brings expertise to this important agricultural sector so that the pork industry continues to improve its performance while making available to the consumer products that meet their expectations,” adds Pierre Paradis, Quebec Minister of Agriculture, Fisheries and Food.