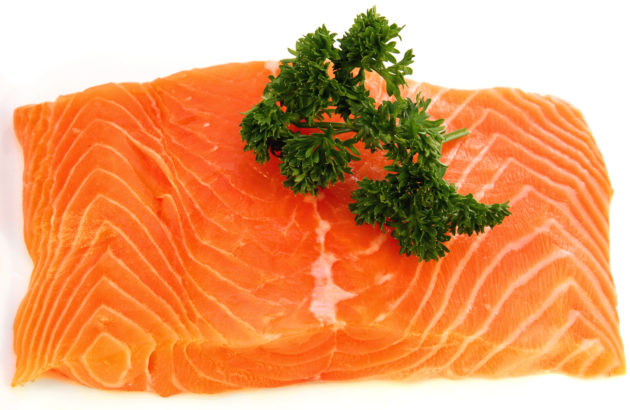 A fillet of fresh salmon with a sprig of parsley, over white.

Ottawa – The federal government is supporting Canada’s aquaculture industry with an investment of $2.48 million.

Agriculture and Agri-Food Canada (AAFC) says in a statement that the country’s aquaculture farmers are key contributors to the economy, especially in smaller coastal and rural communities.

The investment will support the Canadian Aquaculture Industry Alliance (CAIA) as it works to increase awareness and demand for Canadian farmed fish and seafood in the U.S., Asia and Europe.

Timothy Kennedy, CAIA’s executive director, says in the statement that the industry’s goal is to develop the sector and deliver “uniquely responsible, healthy and nutritious seafood that is in high demand from consumers around the world. This program continues to help our industry to establish new and long-term global demand for Canadian farmed seafood products like salmon, mussels, oysters and more. This investment in the market development of our sector will deliver jobs, growth and opportunity for rural and coastal communities across Canada.”

CAIA represents Canada’s seafood farmers from coast to coast to coast, including finfish, shellfish and aquatic plant farmers, feed companies and suppliers. CAIA’s mission is to promote the quality and sustainability of farmed seafood to domestic and international markets.

AAFC adds that aquaculture is one of the fastest growing industries in the world. In Canada, fish and seafood exports were valued at $1 billion in 2016, which goes toward the government’s goal of reaching $75 billion in annual agri-food exports by 2025, creating more jobs for Canadians in the process.