A specially developed vending machine can help people choose healthier snacks, making it an intervention strategy that might help with the obesity crisis 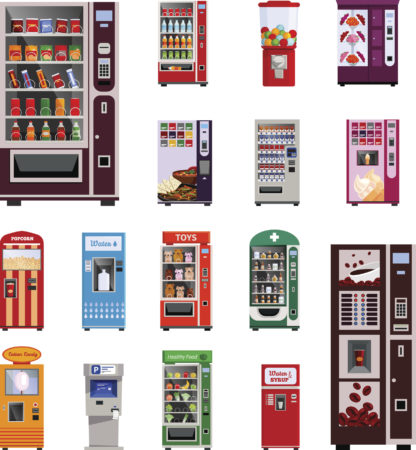 Chicago, Ill. – A recent experiment conducted by preventive medicine experts at the Rush University Medical Center looks like it may be paying off.

The experts, says the university in a statement, discovered that delaying access to tempting, high-calorie foods and snacks in vending machines can potentially shift people’s choices to healthier snack options.

Brad Appelhans, PhD and clinical psychologist at the university, says junk food is often immediately available and convenient – especially through vending machines. Which works with people’s preference for instant gratification. But if they’re made to wait, suddenly the snack they’re waiting for isn’t as desirable.

So researchers at Rush developed a new vending machine and created a technology called the DISC system (Delays to Improve Snack Choices).

The DISC vending machine system uses a delay bar that separates the healthier snacks from the less nutritious options, says the university.

It also has an LED screen that displays the delay times for less healthy snack items and a delivery countdown that allows an individual to change their snack choice to a healthier option.

“This delay yielded a two per cent to five per cent increase in the proportion of total purchases from healthy snacks,” says Appelhans on the website.

“Also, we found that the delay did not harm total sales volume or vending revenue, which is important to vending machine operators.”

The researchers say that healthy snack purchasing increased during the time delay condition as well as when the machines were set to 25-cent discounts for healthier options or with a 25-cent additional tax on unhealthy snacks.

The researchers also had specific criteria for healthy snacks vs. regular snacks.  Healthy snacks must meet five of seven criteria which included: