Americans get a quarter of their calories from snack foods; potato chips are the unhealthiest

The researchers from Purdue University in Indiana released the results at the Institute of Food Technologists 2011 Annual Meeting and Food Expo.

Americans also spend a lot more time consuming snacks today than ever before. In 2008, they snacked for about 30 minutes a day, up from 15 minutes in 2006, and they spend about 85 minutes a day drinking their snacks.

The researchers say there’s controversy as to whether or not snacking contributes to weight gain and how important snacking is as a source of useful nutrients, reports WebMD.

They also said that snack should be considered a time, not a meal, and that snacks can have an important role in filling in nutritional gaps.

While the Purdue researchers are advising that consumers eat healthy snacks, another study tells us what happens when we don’t.

A project out of Harvard University studied several different foods and found that potato chips stood out. An extra serving of potato chips in a day will result in an extra 1.69 pounds every four years. 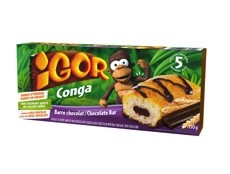