Walmart gets tough on beef producers 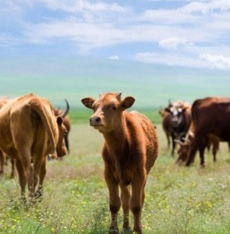 The aim, the company said on its website, is to further protect consumers against foodborne illnesses.

The new measures are in addition to ones already in place in the company’s food safety program.

The new program requires Walmart and Sam’s Club suppliers to implement controls that would significantly reduce potential contamination levels and validate that the measures they’ve implemented are effective through specialized testing.

Suppliers who do not operate slaughterhouses must be in compliance with the new standard by June 2011.

For beef slaughterhouse suppliers, there is a two-step approach with the first step to be completed by June 2011 and the second by June 2012.

In a story on CattleNetwork.com, Wal-Mart’s vice-president for Food Safety said if suppliers don’t meet the new standards, the company “will stop doing business with them.”

The deadlines, he went on to say, are “firm.”

Walmart and Sam’s Club say they will work closely with beef suppliers to ensure that the new requirement is implemented without additional cost to customers.