Quality Meat Packers and Toronto Abattoirs, both owned by the Swartz family, have left many pig farms figuring out how to recoup losses 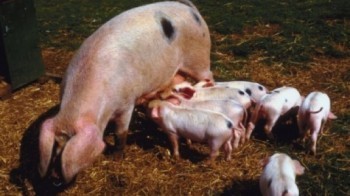 Some of those farmers are trying to figure out how to recoup their losses, which in some cases are huge, says BetterFarming.com.

On April 3, Quality Meat Packers and Toronto Abattoirs each filed a Notice of Intention to Make a Proposal (NOI) under the Bankruptcy and Insolvency Act (BIA). The companies’ appointed trustee A. Farber & Partners Inc. posted a statement on its website.

The NOI doesn’t mean the companies are bankrupt, but it did provide an initial 30-day stay so that the companies can come up with a proposal to their creditors. The 30-day stay period expired May 5, 2014. Farber Financial Group’s statement says “The companies will automatically be deemed to have filed assignments in bankruptcy on May 6, 2014 if the companies do not file proposals or seek a Court-approved extension of the stay period.”

According to ThePigSite.com, the two companies, which are owned by the Swartz family in Toronto, owe about $70 million to creditors, including pig farms. The site goes onto say that a judge will be asked to appoint a receiver to sell the assets of both companies.

Some of the reasons given for the failure of the business are recent jumps in hog prices and porcine epidemic diarrhea or PED.