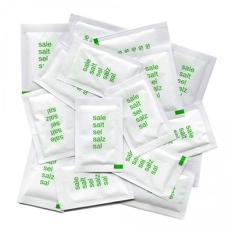 The results of the analysis were published in the British Medical Journal last month.

FoodBusinessNews.net reports that higher salt intake is associated with a higher incidence of strokes and total cardiovascular events.

Mintel, a U.S.-based market research firm, says sodium reduction will be one of the leading trends for consumer packaged goods manufacturers in 2010.

Mintel reports that 51 per cent of U.S. consumers say they always or usually watch their sodium levels.

The research firm also reports that food production introductions containing a low, no or reduced sodium claim have increased by nearly 115 per cent from 2005 to 2008.

In other news, FoodNavigator.com reports on a study out of Australia that has found that switching to low-salt products may also benefit bone health by reducing calcium loss.

Middle-aged women with pre- or stage 1 hypertension assigned to consume a low-sodium diet experienced reductions in calcium excretion compared to people consuming a high-carbohydrate low-fat diet, according to findings published in the British Journal of Nutrition, reports FoodNavigator.com.