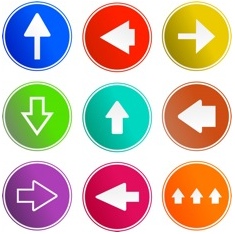 The company suggests that breakthrough products next year will most likely be something recognizable, but with a twist. And next year’s new products will “recreate the familiar.”

The company has identified six key flavour trends that will likely pop up throughout 2010.

They are:
• Cardamom – Known to be intensely aromatic with a strong, unique taste, cardamom will find a home in more than just ethnic fare.

• Sweet Potato – Aside from being a delicious snack or side dish, they also will become known as the new functional food, as they are rich in dietary fiber, beta carotene and vitamins C and B6.

• Hibiscus – Expect to see it become a common ingredient in the beverage market.

• Cupuaçu – The taste of the Amazon…cupuaçu is the next big superfruit. It contains more than 10 vitamins and antioxidants, as well as essential fatty acids and amino acids.

• Rose water – Rose water is no longer just a fragrance. You can look forward to finding it as a common flavour in ethnic foods or you can add it to a brownie recipe for a subtle rose water flavour.

• Latin spices – Latin spices will be heating up our palates next year, and you won’t have to dine out to get these exciting flavours.

Phil Lempert, editor of the SupermarketGuru.com, writes in the Chicago Sun-Times and in FoodWeek.com.au what he sees as the big trends for 2010.

• Boomers are closer to 65 and will continue to search for “the fountain of youth” products.

• Lempert predicts that ‘60s iconic brands will update their ingredient lists and flavour profiles to meet the nutrition desires and needs of the aging boomer as well as cater to their age-diminished taste buds.

• Instead of relying on the psychology of comfort foods, says Lempert, brands have been introducing relaxation beverages. In 2010, expect to see the trend move to other categories, including “anti-energy” bars, snack foods, etc.

• The food industry will also switch more to using “real foods” as ingredients as well as shortened ingredient lists as they’re finding consumers driving this trend.