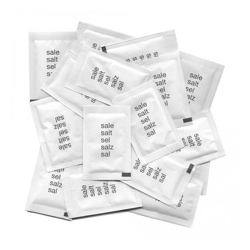 Results from a new study released in the U.S. this month question the logic of limiting salt intake. But the study, called Can Dietary Sodium Intake be Modified by Public Policy?, suggests that our physiology determines our how much salt we need – regardless of what levels are recommended.

Scientists from the Department of Nutrition at the University of California, Davis, and the Department of Anatomy and Neurobiology at Washington University “found compelling evidence indicating that humans naturally regulate their salt intake within a narrowly defined physiologic range,” says a release on the UC Davis website.

According to GroundReport.com, the study found that the human brain naturally regulates its own sodium intake for the entire body, opening up the opportunity to challenge the Food and Drug Administration’s guidelines on sodium reduction.

In fact, the results of the study were released just as the 2010 Dietary Guidelines for Americans is currently under development and regulations surrounding sodium consumption are being considered.

An angle never before considered

The UC Davis site also points out that the “issue of whether sodium intake is a physiologic parameter that public policy cannot change has never before been considered.”

David McCarron, an adjunct professor with the Department of Nutrition at UC Davis says: “If sodium intake is physiologically determined, then our national nutrition guidelines and policies must reflect that reality…It is unrealistic to attempt to regulate America’s sodium consumption through public policy when it appears that our bodies naturally dictate how much sodium we consume to maintain a physiologically set normal range. To do otherwise will expend valuable national and personal resources against unachievable goals.”