A powerful group of foodies is making its presence felt online

The latest Food 2020 survey has identified an online group of consumers who want to impact how food is raised, grown, packaged and sold. They're also making sure others are listening. How do food processors tap in?

New York City – There’s a small but influential group out there that has a lot to say about how food is raised, grown, packaged and sold.

The group is hiding in plain sight, says Ketchum – a global public relations agency that conducted the study – it’s online and has a huge reach.

The findings are part of Ketchum’s most recent Food 2020 survey, which sheds light on this very vocal group of food influencers who are also called Food e-Vangelists.

Ketchum says this group is impacting today’s hottest issues in the food industry.

Food e-Vangelists are typically young females who are active online, financially secure and have families – a group that food marketers and food processors commonly target.

However, what is unique, says Ketchum, is that this group is not defined by its demographic profile but by its like-mindedness.

They are also not often swayed by typical marketing practices.

“The Food e-Vangelists are the single most important group in the food industry today, but they don’t fit typical marketing demographics,” says Linda Eatherton, partner and director of Ketchum’s Global Food & Nutrition Practice.

“They are hiding in plain sight – yet food companies are allocating budgets on marketing programs that don’t reach them. This group will change the food industry forever, but at the moment they represent a hugely missed opportunity.”

Through its research, Ketchum identified consumers who are Food Involved meaning they care deeply about food, where it comes from and the processes used in production and manufacturing.

In researching this group, the agency discovered a subset, which was dubbed as the Food e-Vangelists. It’s this group that has very different drivers and expectations.

The study also found other characteristics unique to the Food e-Vangelists:

“While the Food Involved group is active at seeking and gathering information about food, Food e-Vangelists believe it is their right and their responsibility to influence the beliefs of others and change behaviors,” says Eatherton.

“We have seen anecdotally and in qualitative research that Food e-Vangelists actually track their success in this area and feel rewarded or incentivized by the number of people they have reached.”

What can food companies do?

Ketchum says food companies have the opportunity to be open, transparent and provide easily accessible information that can help Food e-Vangelists educate themselves and others about important food issues.

• Health – More than half of Food e-Vangelists (54%) would like to see food companies prioritize making healthy foods more available in the future.
• Transparency – More than half of Food e-Vangelists (54%) want ingredient information about a product (including source, processing, production techniques, farm or supplier name, etc.) on product labels.
• Cause – Two-in-five Food e-Vangelists (40%) say that to recommend a food company to friends and family, the company would have to ensure quality food is accessible to families in need.

Not a fringe group

And if you think this group might just be some fringe group. Think again. Around the world Food e-Vangelists generate up to 1.7 billion conversations about food every week.

In addition, says Ketchum, Food e-Vangelists play an important role in advocating on behalf of those companies that are ready to listen and respond to them, and may advocate against companies that don’t engage them. 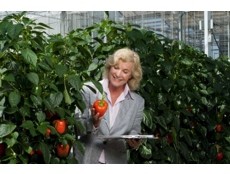 R&D and Consumers: Making the Connection