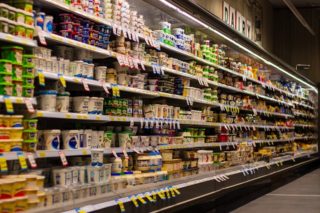 Just when you thought summer would be easy, the Canadian Food Inspection Agency (CFIA) brought out its master plan on the future of food labelling in Canada. In June, the CFIA published its proposed food labelling modernization (FLM) rules.

The new proposed rules are not a surprise, as they were expected and released pretty much on time. These cover a wide array of food labelling topics from the presentation of a common name, date labelling, streamlining commodity-specific labelling to the more controversial percentage declaration for emphasized ingredients. On their periphery, is the drama these create regarding compliance dates. The current compliance date (end of the transition period), for ingredient and nutrition labelling is Dec.14, 2021. The FOP nutrition labelling rules, which were originally to have been finalized by end of 2018 and then June of 2019, would have extended this transition until Dec.14, 2022.

The CFIA’s proposed FLM rules are expected to be finalized by summer 2020. Certain rules which do not have an immediate impact on labelling will come into effect immediately when the rules are finalized. These include the elimination of some standard container size requirements, streamlining commodity specific labelling, defining “test market food” and removing the table in the Food and Drug Regulations (FDR) concerning ingredient class names and incorporating that by reference. This is all good stuff but not immediately impactful on label changes. By December 2022 (speculated), new rules on date labelling, enhanced domicile information, new foreign state of origin rules and changes to commodity specific labelling will come into effect. But we save the best for the last — by December 2026 the new rules on the prominence of information related to the common name on the main panel and quantitative ingredient labelling (percentages), are expected.

Perhaps the most controversial change is that related to quantitative ingredient labelling when an ingredient is emphasized. The matter is currently not explicitly governed by federal regulations. Such matters are subject to interpretation under Section 5 of the Food and Drugs Act and/or Section 6 of the Safe Food for Canadians Act. In the past, CFIA had developed guidelines, highlighting ingredients and flavour, that they used as a means of some degree of uniformity and predictability. Some of the guidance was difficult to appreciate, like determining on a consistent basis what a similar ingredient would be. No one really liked these guidelines and the CFIA also grew tired of continuously having to interpret them. Thanks also in part to those in the industry who steadfastly ignored the guidelines, we will now have quantitative ingredient labelling regulations. The CFIA has moved this off their plate and will let consumers decide the significance and value of such representation based on the declared percentage of the highlighted ingredient. This is not uncommon in the EU, or in the case of juices in the U.S.

Less controversial but also impactful in the design of labels, is the proposed requirement for the prominence of mandatory information. Considerations include no crowding of information, uniform colour, characters never touch, and characters that are not condensed or scaled vertically or horizontally. The minimum type height would be 1.6 mm based on the letter “x” when lowercase or mixed case letters are used. Just because they can, the CFIA will require upper case letters when used exclusively to be no less than two mm based on the letter “H.” In the case of a common name on the main panel, that must be in a type height no less than that required for the numerical portion of the net content. If all uppercase letters are used, the minimum type height is 1.5 times that required for the numerical portion of the net content declaration (see Schedule 6-Safe Food for Canadian Regulations).

When the CFIA and Health Canada embarked on their modernization in 2016, when the FDR was amended to account for the new nutrition facts table and ingredients list rules, there was great anticipation that we would see a unified compliance date. That is obviously no longer the case. There have also been rumours that FOP nutrition labelling, if finalized, will also have an extended transition period. It would not be practical to have a compliance day in December 2021, another in December 2022, another perhaps in 2024, and then December 2026. I speculate that some accommodation needs to be made. However, we will likely not know more until after the federal election this October.