Despite a decline in demand, the U.S. is the world’s largest olive oil importing nation 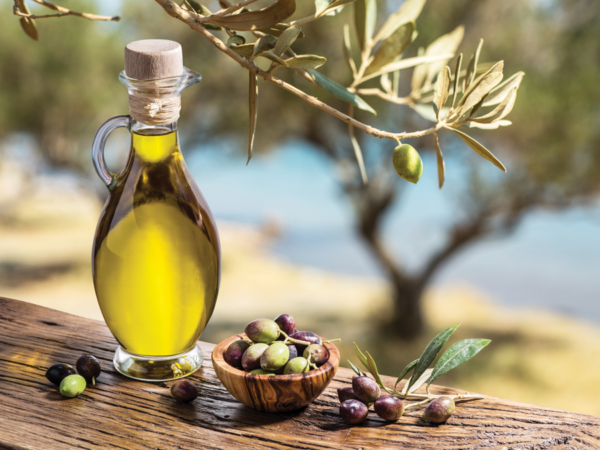 Last year’s supply chain disruptions are still fresh in the minds of many olive oil importers and distributors who struggled to get different varieties. According to the International Olive Council, the United States accounted for 35 per cent of world’s olive oil imports, followed by the European Union (15 per cent), Brazil (eight per cent), Japan (six per cent) and Canada (five per cent). The United States imported 390,534 t of olive oil and olive pomace oil in the 2020/21 crop year, or 1.6 per cent less than the previous year.

Many U.S. and foreign olive oil industry experts are, however, confident demand for olive oil in the U.S. and Canada will rise again. This sentiment was also reflected at the New York Fancy Food Show (NYFFS), which was held mid-June. Long rows of olive oil exhibitors from Italy, Spain, Greece, Turkey, Portugal, and Tunisia showcased their products at the event. Italy, this year’s “partner country” at the show, made a strong pitch with a variety of brands.

In an interview with Food in Canada at the trade show, Bill Lynch, president of Specialty Food Association (SFA), pointed out that the turnover of U.S. specialty foods in 2021 had touched a whopping $175 billion, up from $150 billion in 2020. 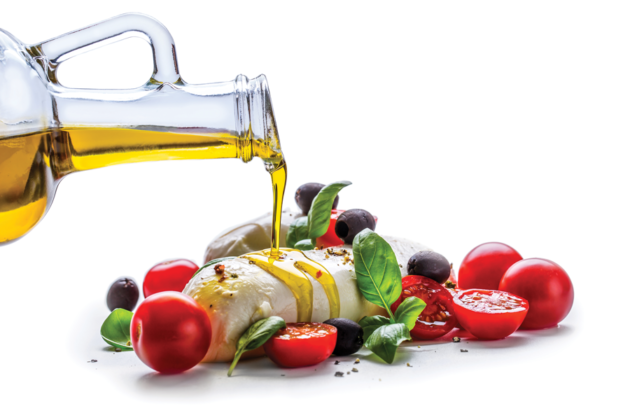 Olive oil suppliers from the Mediterranean region also discussed Canada’s market potential. Some suppliers from Greece, for instance, observed their exports to Canada had declined the last two years. Tunisia, as one Greek supplier lamented, was “pulling the rug from under the feet of Greek olive oil suppliers”. Tunisia has been competing against Greece and other countries in the world’s major markets.

Tunisian olive oil exhibitors at NYFFS were confident about continuing their success streak because of the digitalization of the approval process and new product labels identifying the products’ origins.

The Greeks are, meanwhile, banking on the growing Canadian interest in Mediterranean diet, and highlighting the “uniqueness” of Greek olive oil in terms of flavour, acidity, and aroma, as the Greek olive oil trade association described it.

Even though Greek olive oil imports into Canada increased by eight per cent, the value of the imports fell by four per cent in 2020 over the previous year. This was explained by the stagnant and, in some cases, declining prices of Greek olive oil in Canada.

Spanish olive oil suppliers have long eyed the lucrative North American market. Alberto Gonzalez, export manager (Americas) at the Sevilla-based Oleoestepa SCA, a vertical olive oil producing co-operative, explained in an interview at NYFFS, Oleoestepa has about 10 million trees in Seville, Cordoba, and Malaga. The company produced some 35 million L, of which 2 million L were exported to the United States.

“The U.S. is an attractive market … it is very big and the olive oil consumption is increasing. The U.S. is a high-cost economy where consumers are willing to pay more for high-end products. Consumption is, finally, rising,” he observed.

Gonzalez said Italy, besides being an exporter, also imported a large volume of olive oil, which it re-packaged and re-shipped to traditional markets.

Comparing the North American market with the European Union region, Gonzalez said the EU market was “more mature” because the latter had been consuming olive oil longer than North America.

However, Spanish and other European olive oil suppliers face a challenge at home because of the unusually long heatwave and lack of rain. This could lead to a sharp decline in production. Spain’s agricultural minister Luis Planas recently said the olive harvest this year could drop significantly if the dry spell continued.

Nadim Kalpaklioglu, president of Turkish olive oil producing company Ege Nkm Gida Sanayi of Izmir, was exhibiting both olives and olive oil at the show. His company produces some 300,000 tons of olive oil annually; about 50 per cent of this production is sold in the domestic market and the rest exported, mainly, to Europe (Spain and Italy), the United States, Canada, Japan, Australia, and the Middle East.

While Kalpaklioglu said the response from U.S. buyers at the show had been “lukewarm”, he pointed out that besides exporting directly to the U.S., his company also shipped to Italy for re-packaging and re-shipment to Western markets, including the United States and Canada. “Italy re-exports our olive oil … but we also have our own direct importers and distributors in North America. We see that food prices, including olive oil prices, have risen everywhere. Inflation is a global phenomenon caused by the pandemic, shortages, supply chain disruptions, rising costs of raw materials, etc.,” Kalpaklioglu said.

Efe Firat, chief of the agricultural section of the Izmir-based Aegean Exporters Association, said supply chain disruptions “have impacted all of us”. “Our Turkish olive oil and food suppliers inform us that they do not find enough containers because of the disruptions. We are closely monitoring container prices which have increased three times over the pre-pandemic price level,” Firat said.

This article was originally published in the October 2022 issue of Food in Canada.