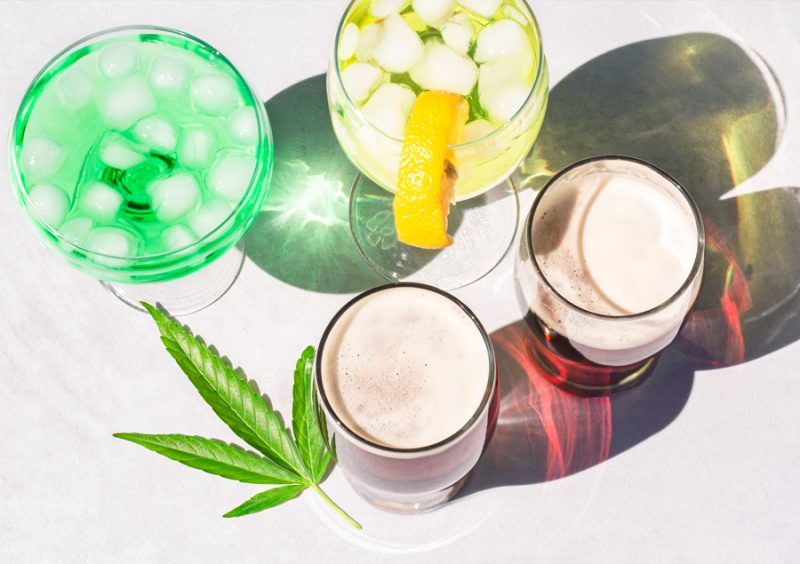 Cannabis-infused drinks could be the answer to the demand for less-sugary beverages. Photo © Sarah Pender/ iStock/ Getty Images Plus

After strong head winds and a big industry shakeup in 2019, the Canadian cannabis industry is re-establishing better footing amidst the pandemic, and a new wave of innovations in edibles and beverages. While a March 2021 report by Headset (a leading cannabis analytics firm), noted North America cannabis beverage sales over the past five years have only maintained about one per cent of total cannabis sales, “new advancements in cannabis infusion technology, and a myriad of new brands gives reason to believe in growth for this category.” According to Headset, in Canada, since the beginning of 2020, cannabis beverages purchases have risen quickly, accounting for nearly 4.5 per cent of overall purchases.

What does the rise of cannabis beverages mean for the alcohol sector? Time will tell. However, in the U.S., there already are a growing number of restaurants, lounges and cafes anticipating demand. Consumers are also seeking healthier, less sugary drinks. According to a 2017 study by the University of Georgia, since the legalization of cannabis beverages in the U.S., beer and wine purchase orders have declined by 15 per cent over the past decade. Also, cannabinoid-infused beverages in Canada have had greater growth rates than any edibles category in 2020 based on product-level retail sales data. A leading example is the Truss Beverage Company, who plan to introduce six new cannabis beverages this summer. According to a survey conducted for Truss in November 2020, awareness of the category is at an all-time high of 87 per cent with potential cannabis consumers. Their survey also found 35 per cent of respondents consume cannabis beverages because it means they do not have to smoke. 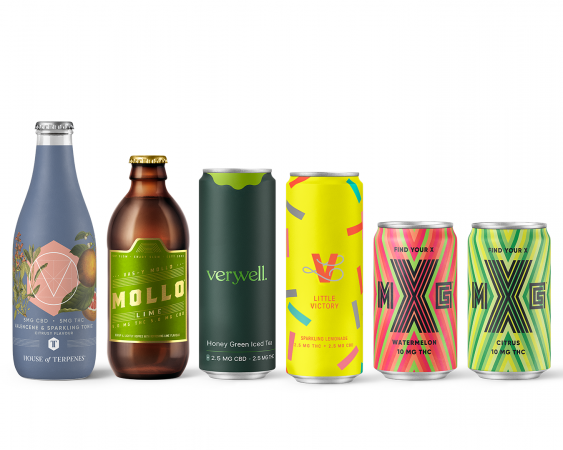 To better gauge consumer perception, and industry responsiveness to the rapid growth of cannabis edibles and beverages, the Agri-food Analytics Lab at Dalhousie, in partnership with SCS Consulting, completed two national surveys, one in 2018 and another in 2019, to examine cannabis as an ingredient. According to the 2019 survey of Canadian food business leaders and senior managers, about one in five were planning edible products or are already in market, while 44 per cent have remained on the sidelines. The survey cites five enablers as supporting greater entry into the edibles market: industry expertise; the ability to convert consumer desire and R&D into new products; broad market reach and distribution channels; educating the consumer and broadening awareness of the science; and relationships with regulators.

In a March 2021 study by Mintel, a closer examination of the drivers of consumer interest in cannabis edibles is better understanding use occasions, and how open non-users are to trying new cannabis formats. The study adds cannabis use often has a function, such as promoting relaxation, reducing anxiety and stress, or getting better sleep. These factors, combined with an appealing taste, create good opportunity for product differentiation. The Mintel study highlights that cannabis beverages offering the right doses can be an opportunity for manufacturers, particularly in Quebec.

Cannabis beverages and edibles also benefit from being understood in a broader context. For example, pairing cannabis edibles and beverages with foods for social events by associating with a foodservice company can present a co-branding opportunity. The 2021 Mintel study notes edibles and beverages are seen as more convenient and discreet, considered healthier, but often more expensive, with longer time to take effect.

In terms of dosage, Canada’s regulations mandate edibles and beverages to have no more than 10 mg of THC per package. Interestingly, in California, beverages with less than 10 mg of THC make up over 50 per cent of sales in that category. According to Cannabis Retailer, about 50 per cent of Canadian consumers are looking for lower dosages. These findings complement a 2020 Deloitte study entitled, ‘Nurturing new growth: Canada gets ready for Cannabis 2.0’, where a “conservative experimenter” demographic gravitates toward edibles, baked goods, confectionary, beverages and lower dosages. A big draw for this group is a desire to not smoke or vape cannabis. The March 2021 Headset industry report observes in the basket of beverage purchases, edibles are a second leading accompaniment category, telling how beverage buyers seek to avoid inhalation, and are looking for a variety of non-inhalable options.

Consumers face a growing diversity of means by which to obtain their cannabis. In the most populated province of Ontario, there are currently over 500 private retail outlets. According to Mintel, licensed cannabis consumer expenditure has surpassed unlicensed, and pricing has made the legal market more competitive. More retail outlets make it easier to buy legal, quality products. In the context of edibles and beverages, where the science of food, infusion and taste are important, there is an advantage to legal production. However, criticisms of the current machinations of the Canadian Cannabis Act remain. Significant marketing and production restrictions exist, and edibles and beverages can only be produced in a cannabis-only building. In its 2020 report, Deloitte highlights warning signs for the sector, “if U.S. federal cannabis legalization happens, Canadian companies who have not secured a strong, sustainable competitive position by that time risk being overwhelmed,” and “product innovation [for Canadian licensed producers] can open up new opportunities in food and beverage, health and wellness. [This is] key to sustaining Canada’s competitive advantage.”

Canada, by way of an extensive industry and regulatory process, established a legalized cannabis industry in October 2018 that it can be proud of. Licensed LPs must work with the food and beverage industry to advance leading innovation and expertise, for a rapidly evolving domestic and international marketplace.

Mark Juhasz is research associate at the Agri-food Analytics Lab at Dalhousie University. He has a PhD from OAC at the University of Guelph, and has worked for nearly 20 years in agri-food and CPG consumer and market research with public, private and NGO organizations across Canada and internationally.