Prudent use of antibiotics in animal production

While the medical community recognizes that the emergence and spread of antimicrobial resistance (AMR) in humans is a potential disaster for humanity, and that it is the overuse of antimicrobials in human medicine that is the largest contributor, there is still a broad consensus that the use of antibiotics in animals may contribute to the problem, though the degree is still unclear.

The scale of the AMR crisis was dramatically demonstrated recently with the release on May 19, 2016 of a landmark report to the U.K. government that reckons that drug-proof bugs already kill 700,00 people a year and warns that that number is likely to rise to at least 10 million by 2050. I wrote a series of articles for this magazine in 2013 and in the spring of 2014 discussing various reports that attempted to assess the extent to which antibiotics in animals contributed to the crisis and I identified a number of regulatory changes to mitigate the problem that were necessary and long overdue.

That spring the Canadian Animal Health Institute (CAHI), the trade association representing Canadian veterinary drug manufacturers, and Health Canada (HC) announced their intention to work together to develop a policy on prudent use of antibiotics. They promised (1) the removal of growth promotion and/or production claims of medically important antimicrobial (MIA) drugs and (2) to develop options to strengthen veterinary oversight of antimicrobial use in food animals. At the same time several producer organizations were developing strategies to promote more prudent on-farm use. Various veterinary groups undertook to more fully engage their profession and to develop new policies and procedures.

So, two years later, after all the promises, undertakings and commitments, how are we doing? I’m delighted to report: pretty well.

In March 2015 the Harper government announced the Federal Action Plan on Antimicrobial Resistance and Use, committing to move expeditiously on several regulatory reforms. I’m told that notices in Canada Gazette I are imminent and that these will bring in regulatory amendments that will remove growth promotion claims for all MIAs. Moreover, all MIAs used in feed and water would come under prescription drug status, bringing them under the oversight of veterinarians. CAHI estimates that this would bring 140 drugs under veterinary oversight.

I’m pleased to report as well that the federal government is finally taking steps to address the longstanding problem of animal owners taking advantage of HC’s own use importation provisions (OUI) to import for personal use active pharmaceutical ingredients (API) that are not approved for sale in Canada. There are several problems with this regulatory gap, not the least of which was an inability to know which antimicrobials are used in Canada, in what quantities and for what purposes. The new regulations will forbid animal owners to import MIA in finished form from other countries. Even vets and pharmacists will have to obtain establishment licenses from HC if they want to import API.

Major producer groups continue to take concrete steps to address the AMR issue. The Canadian Pork Council continues to operate its model quality assurance scheme (CQA), which applies to all its members and represents over 90 per cent of hogs slaughtered in Canada. The Chicken Farmers of Canada has embarked on a comprehensive process to develop and apply strict new rules to ensure prudent use.

The Canadian Council of Veterinary Registrars and the Canadian Veterinary Medical Association have been slow in responding to the challenge of AMR, but they have now developed a comprehensive plan (now in its sixth draft) and a detailed set of recommendations that will be the main topic for their annual meeting this summer. Veterinary medicine is a provincially regulated profession so getting all jurisdictions to co-operate to create a truly national system is not easy, but they seem to have made good progress in the last two years.

The food industry is always happy to respond to market demands for new food attributes, especially when its can charge a premium for them, and even when most of these claimed attributes (like, say, organic) will have no positive effect on the food’s safety, taste, quality or sustainability (whatever that means). Proof of prudent use of antibiotics is not one of these. While there is more work to be done, it must be said that Canadian regulators, producers, processors and retailers have made remarkable strides in the last couple of years to respond to the legitimate concern posed by AMR.

Ronald L. Doering, BA, LL.B. MA, LL.D., is a past president of the Canadian Food Inspection Agency. He is counsel in the Ottawa offices of Gowling WLG. Contact him at [email protected] 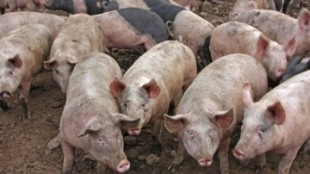 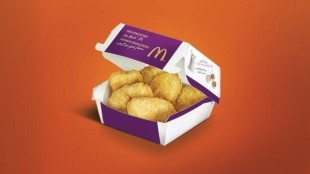