Three bakeries from B.C. and Quebec are now part of the Texas-based C.H. Guenther & Son family 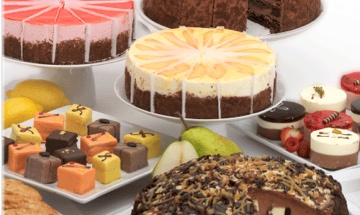 Details of the transaction were not disclosed.

Golden West Baking, Gizella Pastry and Les Boulangeries René are all under the same owner.

Gizella’s products are sold across Canada, throughout the western U.S. and overseas in Japan, Hong Kong, Taiwan, Korea, and the U.K.

Les Boulangeries René was established in 1986 for the purpose of supplying McDonald’s Restaurants of Canada in Eastern Canada, Eastern Ontario, in Quebec and the Maritimes. It also supplies other customers from Colorado to Illinois in the U.S.

René Fluri, president of Les Boulangeries René, established Gizella Pastry in 1960 as a retail pastry shop in Vancouver. He expanded into the wholesale bakery trade in 1967.

In 1984, Fluri was asked to build a bun and muffin bakery to support a major restaurant chain, which led to the creation of Golden West Baking.

C.H. Guenther & Son was established in Texas in 1851 and was producing flour.

Today, the company produces brands like Pioneer Brand, White Wings, Peter Pan and Morrison’s, and makes everything from biscuit mixes to gravy to frozen dough to fully baked products for retail and foodservice. Guenther & Son will have nine production facilities in the U.S., three in Canada and three in Europe (U.K. and Belgium).