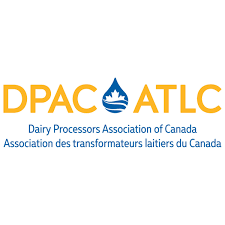 “Earlier this month, Walmart began to impose new fees on its suppliers in an attempt to offset new expenses in Canada; Walmart blithely branded these “vendor investment fees.” I don’t know about you, but I think of an “investment” as a strategic business decision which is based on thorough analysis and alignment with business goals. But, when one party decides that a business decision will be financed by another, this isn’t exactly an investment, it’s an offloading of risk.

But this problem doesn’t start and stop with Walmart. It is a problem that plagues the entire grocery retail sector. The introduction of new fees, penalties, and discounts demanded by grocery retailers are increasingly becoming a way for retailers to offload risk onto food processors. These practices can be as brazen as the introduction of a fee to pay a store’s expansion plans to punitive charges for errors in the stores sales forecasts (thus over or under ordering products) or a shipment being late by one hour. Sometimes these are part of an agreed-upon contract, but sometimes there’s no clarity as to where the charges are coming from.

In fact, almost every food supplier that I’ve talked to, regardless of sector, has a story of receiving less than they should have from a retailer because of unilaterally-imposed fees or deductions that weren’t part of their contract.

Now, you would usually break ties with a business that doesn’t respect the details of a contract, but when you have just a few large businesses controlling the market your options are limited. Moreover, if one publicly announces that it is unilaterally imposing a new fee, you better believe the others will come with their hand out demanding the same. It seems that, increasingly, they are able to do business on their own terms in a way that is largely unchecked.

Little by little, these practices are making Canada an unattractive place for food processors to do business. To stay competitive, food processors need to be able to invest in their own business innovations and efficiencies. If they can’t invest to stay competitive with imported products, Canada’s domestic food supply system will be weakened. The impacts of this are felt across the supply chain from those who work in food processing to farmers who supply ingredients to the Canadian consumers who look for reasonably priced, locally made products.

This phenomenon isn’t unique to Canada. The United Kingdom, Ireland and Australia all have similar grocery retail market concentration which has resulted in problematic relationships between retailers and their suppliers. What makes Canada’s situation unique is that, unlike the other countries, it has not introduced a code of conduct to ensure that the terms of contracts are clearly outlined and honoured and that risks aren’t consistently offloaded to suppliers. Where these codes have been implemented, transparency and accountability in business dealings has improved, food inflation has been limited, and domestic food systems have strengthened in a way that benefits everyone: supplier, retailer, and consumer.

Many in the Canadian food processing sector believe that now is the time for a Grocery Code of Conduct to be implemented. This would help create an environment that supports agri-food investment and growth in Canada, increases opportunities for Canadian farmers, and ensures that Canada has secure access to food that is grown and processed here at home. A strong and sustainable domestic agri-food sector is what Canadians want.

What grocery retailers seem to forget is that they are only as strong as the agri-food sector that is supplying them. Perhaps it’s time for governments to introduce a Grocery Code of Conduct and serve a reminder.”