While animal advocacy group Mercy For Animals is calling on more video surveillance on farms and slaughterhouses in Canada, BC's privacy commissioner says it's not the solution and often unlawful 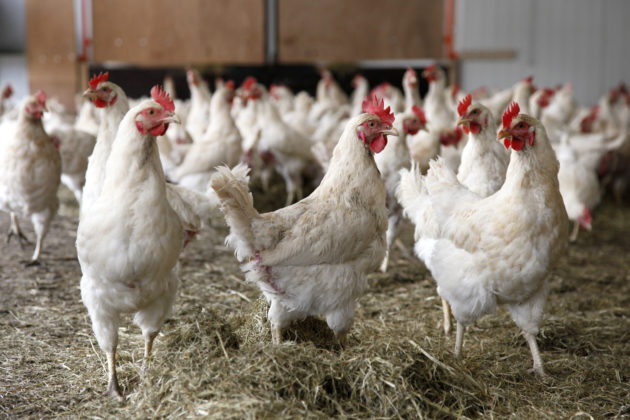 chickens walking around in barn with hay

In a statement, Mercy For Animals says the videos “exposed extreme animal abuse by workers at more than a dozen Elite Services facilities.”

Some of the abuse included:

Drew McArthur, BC’s Acting Information and Privacy Commissioner, released a report on the incident and says in a statement that Elite Services “was not authorized by the Personal Information Protection Act (PIPA) to collect the personal information of employees, farmers and other contractors via video and audio surveillance.”

The Office of the Information & Privacy Commissioner for BC says that after the undercover video emerged, media began reporting that Elite Services had announced it would have employees wear the body cameras. According to those media reports, a crisis management firm had counselled Elite Services to install the cameras. This prompted the privacy commissioner to “initiate the investigation.”

McArthur says in the statement that businesses often resort to cameras as a way to solve a business problem. “But it’s rarely effective in solving those problems, and worse, it’s often unlawful,” he says.

“In this case, the organization should have avoided employee misconduct by implementing less privacy invasive measures, such as improving hiring, training and supervision practices. Merely implementing surveillance afterward, when those responsible had been terminated, was ill-considered. Organizations should know that any surveillance measures must be reasonable and authorized by PIPA.”

Mercy For Animals had its own response to McArthur.

The non-profit says in its statement that the privacy commissioner “allow video recording inside farms and slaughterhouses in order to prevent egregious animal cruelty. Further, Mercy For Animals is urging Elite Services not just to equip workers with body cameras but to live-stream to the Internet and/or to a third-party auditing firm.”

Krista Hiddema, vice-president of Mercy For Animals, says in the statement that animal abuse is a widespread problem in Canada in the meat, dairy and egg industries.

“Animals are confined in barren cages; mutilated without pain relief; violently shackled; shocked; and slit open at the throat while alive and fully conscious,” she says. “Every farm and slaughterhouse in Canada should install video monitoring systems and live-stream the footage to the Internet or a third-party auditing firm to help prevent animal cruelty and increase transparency in food production.”