The province says the new system was finalized extensive consultation with ranchers, abattoir operators, local governments and small-scale ranchers with licenses to sell their meat at the farmgate.

Abattoirs will continue to require the presence of a trained government meat inspector to inspect each animal (livestock) or flock (poultry) beforehand and each carcass after slaughter.

The province says the new system will also:

• Require all Class A and B plants to develop and maintain comprehensive written food safety procedures for maintaining meat safety, facility hygiene and animal health and welfare.

• Include the development of an audit program of all Class A and B abattoirs.

• Maintain third-party government inspection and the use of a government stamp on inspected products.

• Maintain the graduated enforcement approach to support the integrity of the inspection system.

The new system will be fully implemented by Jan. 1, 2014, and will replace the B.C. government’s arrangement with the Canadian Food Inspection Agency (CFIA) to inspect provincially licensed Class A and B abattoirs, which has been in place since 1988.

The current service agreement ends Dec. 31, 2013. The CFIA will continue to inspect the 11 federally registered abattoirs in B.C.

The Ministry of Agriculture is also in discussion with the retail sector in B.C. to expand the domestic market for meat processed in provincially licensed Class A or B abattoirs, as well as working with the B.C. Association of Cattle Feeders to further develop and promote their “Certified B.C. Beef” brand.

The B.C. government is also beginning a two-year pilot project in the Regional District of North Okanagan for up to five Class E Licence operations.

These pilot licences will be available to operators within a two-hour travel distance of a provincially licensed abattoir.

Current Class E Licence holders are small farms located in areas where there is no provincially licensed abattoir to fill the consumer demand for locally produced meat.

Class E Licence holders are permitted to sell restricted amounts of meat at their farmgate and temporary food markets such as a farmers market.

In addition to the new meat inspection system, the B.C. government also announced that a mobile abattoir will be stationed in 100 Mile House to help address the need for safe and wholesome local meat, providing the community can meet specific criteria.

Upon the full implementation of the mobile abattoir in 100 Mile House, other B.C. communities demonstrating a similar need will be able to apply for a mobile abattoir to be based in their community, subject to meeting the same criteria. 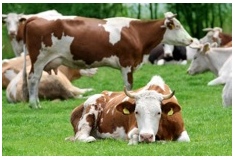