Unilever shareholders get vote on climate action, but ‘As you Sow’ says not often enough 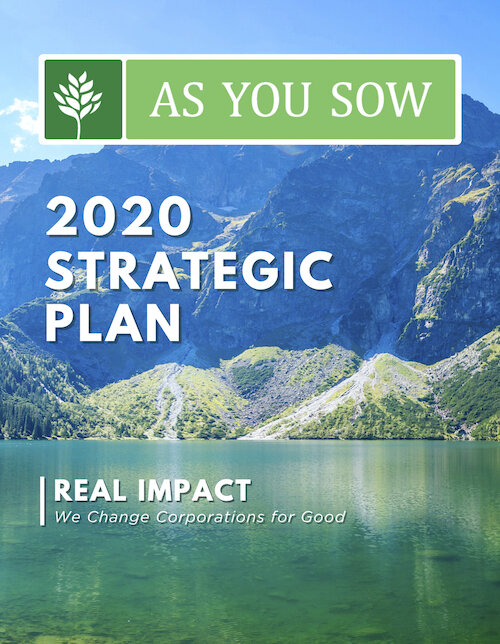 Multinational company Unilever intends to amend its bylaws to give shareholders a way to vote on its climate transition plan every three years.

Similar to the mandatory “Say on Pay” vote that gives shareholders the right to vote on the compensation of top executives, “Say on Climate” gives shareholders an opportunity to voice their opinion on whether Unilever is living up to its carbon reduction targets. However, the company chose to only allow shareholders to vote every three years rather than annually.

“Shareholders need the right to provide feedback to management every year on the company’s progress against a published net-zero climate transition plan,” said Andrew Behar, CEO of As You Sow. “We intend to engage companies across all sectors to either do this voluntarily or face resolutions, including in some cases binding resolutions to amend their bylaws. Unilever is demonstrating leadership by providing for a shareholder vote on its plan, but it is disappointing that shareholders will not be able to cast a vote annually.”

Unilever’s Say on Climate initiative will work in tandem with its existing commitment to science-based targets designed to reach zero-carbon emissions from its own operations and to cut in half greenhouse gas emissions from its products by 2030, reaching “net zero” emissions for its operations and product supply chains by 2039. Unilever is the second company to approve a Say on Climate vote, joining Spanish airline operator Aena, which adopted the publication of an annual climate transition action plan with a shareholder vote.

Alan Jope, CEO of Unilever, was quoted in the Financial Times today saying, “We need to shift the dialogue away from setting targets to the plan to reach the targets. The actions we take in the next 10 years will affect the next 200 years.”
Many investors agree that Say on Climate will improve corporate climate accountability. UN envoy Mark Carney said, shareholder voting on company climate plans “… would establish a critical link between responsibility, accountability, and sustainability.”

UN Secretary-General Antonio Guterres has also urged investors to push companies to reduce carbon emissions and “use your voting powers in companies to accelerate their decarbonisation by systematically supporting climate resolutions.”
Investors are taking climate change risk more seriously now than ever. A coalition of more than 500 investors with more than $53 trillion in assets have joined the Climate Action 100+ initiative to improve corporate climate accountability. The CA100+ recently announced a set of greenhouse gas emissions disclosures and reduction targets that investors are seeking from companies to demonstrate adherence to the 1.5 degree goal of the Paris Accord.

Say on Climate provides an innovative approach for shareholders to monitor corporate climate planning and progress.