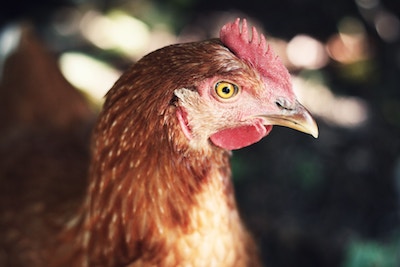 WASHINGTON, DC—Food & Water Watch and Organic Consumers Association (OCA) have sued Pilgrim’s Pride Corp. for deceptive marketing and advertising of Pilgrim’s Pride chicken products. The suit was brought in D.C. Superior Court, under the D.C. Consumer Protection Procedures Act.
Nonprofits Food & Water Watch and OCA, represented by Richman Law Group and Animal Equality, allege that Pilgrim’s falsely claims that the birds used in its products are fed “only natural ingredients,” “treated humanely” and produced in an environmentally-responsible way. However, the two nonprofit organizations allege that Pilgrim’s systematically raises, transports and slaughters chickens in inhumane factory-farm conditions that include the routine use of antibiotics, synthetic chemical disinfectants, genetically modified crops growth-promoting drugs, and other unnatural substances.
“Pilgrim’s Pride is using slick marketing tactics to deceive consumers,” said Food & Water Watch executive director Wenonah Hauter. “There is nothing natural, humane or environmentally responsible about its operations. Pilgrim’s Pride looks after its profits—not the planet.”
OCA international director Ronnie Cummins said: “When consumers read that Pilgrim’s chickens are fed ‘only natural ingredients’ they don’t expect those ingredients to include antibiotics, genetically modified grains or growth-promoting drugs. Consumers also don’t expect a ‘humanely-raised’ bird to have lived its life crammed into a disease-ridden warehouse with no access to the outdoors. It’s time for Pilgrim’s to clean up its act, or come clean on its marketing claims.”
The groups also allege Pilgrim’s of the abuse of chickens by Pilgrim’s Pride contractors and employees, the use of toxic chemicals and the emission of large amounts of pollutants, and the use of artificially-selected fast-growing, breast-heavy chicken breeds that have chronic and debilitating health conditions.

Food & Water Watch claims to champion healthy food and clean water for all, standing up to corporations that put profits before people, and advocate for a democracy that improves people’s lives and protects the environment.