“40% of Canadians are actively incorporating more plant-based foods into their diets,1” said Christine Mei, CEO of Gathered Foods, “And we look forward to surprise and delight these consumers with the taste, texture, and comparable protein of our Good Catch offerings. Our team has been diligently working on expanding our international presence to meet the increasing demand for plant-based alternatives globally. We are so pleased to make our first entry into the Canadian market.”
International expansion is a natural progression for the innovative food company, as they work to enhance availability of their products to flexitarian and foodie consumers across the globe The company recently announced the opening of its own state-of-the-art manufacturing facility in the U.S., dedicated to high-tech production of Good Catch’s plant-based product offerings. This product facility will help optimize productivity and efficiency to continuously deliver products to consumers.

It’s been an exciting year for the brand, following the news of a $36.8 million Series B Financing Round in January, Good Catch expanded its distribution footprint on an international scale with its Tesco launch in the UK. In recent months, Good Catch announced a joint distribution venture with Bumble Bee Foods, as well as new backing from celebrities Woody Harrelson, Shailene Woodley, Paris Hilton and Lance Bass, which indicates the overwhelming belief in the future of plant-based seafood. This summer, the brand announced the launch of the new line of frozen appetizers and entrees. Most recently, Gathered Foods appointed Christine Mei as CEO.

About Gathered Foods
Gathered Foods, makers of Good Catch plant-based seafood, is a revolutionary food company focused on propelling change through craveable plant-based alternatives. United by love of good food, plant-based eating, and animal welfare, Gathered Foods is on a mission to raise consciousness, reduce harm, and preserve environmental resources, all while delivering a great culinary experience. The team is dedicated to creating great-tasting plant-based foods for everyone, from vegan to omnivore and everything in between. Visit GatheredFoods.com for more information. 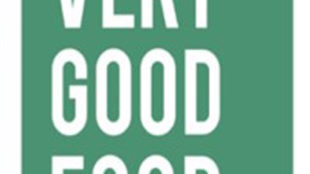 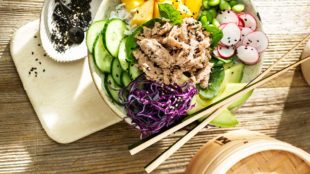