Why insects are not the new sushi 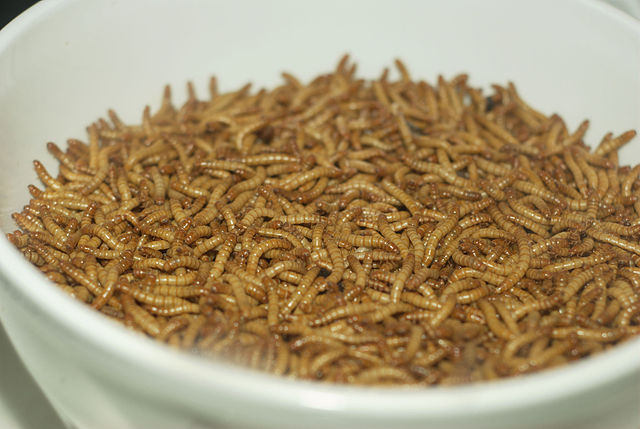 The idea is that eating insects is somewhat like eating sushi: you just need to taste it and then you’ll come to like it. But it’s not as simple as that according to sociologist Jonas House from Wageningen University & Research. Our willingness to try new flavours and ingredients depends on more than just availability.

People across the world have been eating insects for thousands of years. We know that approximately 2,000 species are edible and that these insects are eaten in many different ways. The exception to this is the Western world, where insects are not a traditional food. This may be attributed to the fact that merely two per cent of edible insects occur naturally in Europe in comparison to the larger variety available in Asia, Africa and South America.

Insects as food became a much-discussed topic around the world when the Food and Agricultural Organization (FAO) of the United Nations published the report Edible Insects: Future Prospects for Food and Feed Security by Wageningen University & Research (WUR) insect expert Arnold van Huis et al. in 2013 which drew considerable media attention. A few years prior to this, insects had already been identified as a new sustainable source of protein for food and animal feeds in the Netherlands in the context of research regarding food security. In the FAO report, the scientists explain the facts regarding the eating and farming of insects. By clarifying the misconceptions about insects, they hoped to make a positive contribution to the development of the sector.

The combination of expertise from WUR and contacts in the business community quickly resulted in the founding of an association for Dutch insect farmers (VENIK). Four varieties of edible insects were marketed: mealworms and buffalo worms, house crickets and grasshoppers.

Despite the extensive publicity and efforts, people are not lining up to eat insects. It turned out not to be “the new sushi” as many had expected it to be. After all, sushi was also once considered novel food and has since become widely accepted. To discover the reason for this, sociologist and social geographer Jonas House from WUR analysed why sushi gained a foothold in the U.S. in the 1960s, long before its introduction in the Netherlands. He compared the acceptance of sushi there with the introduction of edible insects in the Netherlands. House is interested in changes in diet, which factors lead to the successful introduction of new foods and what makes people consider something to be edible.

The role of Japanese restaurants

The introduction of sushi in the U.S. happened via Japanese restaurants. The restaurants created sushi bars that were also found in Japan. Here you’d sit on high bar stools and watch as the chef created small, artistic dishes; a concept that was entirely new to the country. The restaurants simply bought the ingredients at the wholesale, while the chefs were flown in.

This was a time when going out to eat became more popular. Japanese businessmen took their Western colleagues to taste these exquisite dishes and, as many Hollywood films were being filmed in Japan, the jet set also became familiar with the food. According to House, this also imbued sushi with a symbolic meaning as being something authentic that you could use to distinguish yourself. This is exactly what the metropolitan elite did and this, in turn, led to the anchoring of sushi in Western society.

Up until now, the introduction of insects in the Netherlands has not met with the same success. There are no foreigners who are introducing eating insects as part of their own food culture and no African or Asian restaurants which are putting insects on their menu.

In the Netherlands, the first insects to be brought onto the market were easy to farm and had already been used as animal feed. This was followed by the development of products and recipes to encourage their consumption. Insects are being processed in hamburgers which are marketed as substitutes for meat. However, these are more expensive than vegetarian burgers and don’t taste all that different while there tends to be an air of secrecy around it reminiscent of the adding of horse meat to beef sausages. They are also sold freeze-dried, which is unique to the Netherlands, and sold predominantly online. This is more common for food in the Netherlands but not so for speciality shops.

So what it is about insects that sets them apart? “The how, what, where and why of food influences what we eat. Firstly, there is no history of eating insects and secondly people didn’t introduce the practice in the Netherlands,” explains House. “If you then hide insects in food like hamburgers, it simply becomes yet another alternative for beef. They’re not distinctive enough in terms of taste or appearance. The insect products available in the Netherlands have little exceptional taste or appearance which means that it lacks a trendy image or status as a delicacy; they simply don’t have the wow-factor. They lack an authentic cuisine.”

Simply being available in supermarkets might lend them the label of being edible, but that doesn’t automatically mean that people will start eating it regularly. Stinging nettles and ground elder are also edible, yet people aren’t going out en masse to harvest them.

According to House, if you want to successfully introduce a new type of food, you should not focus on removing barriers, the rational resistance, such as the yuck-factor for insects. The low level of acceptance for insects as food is not the result of a cultural barrier. After all, we started eating sushi. “If the flavour of the food is not deciding, it’s likely to fail.”

“To try and make something new like edible insects acceptable, you need to focus on their preparation, on the culinary element. Food is essentially about how tasty it is, so the flavour and appearance needs to be good. This was the same for the introduction of sugar and tea, where pioneers prepared the way for the masses.”