Sweet discovery pushes back the origins of chocolate 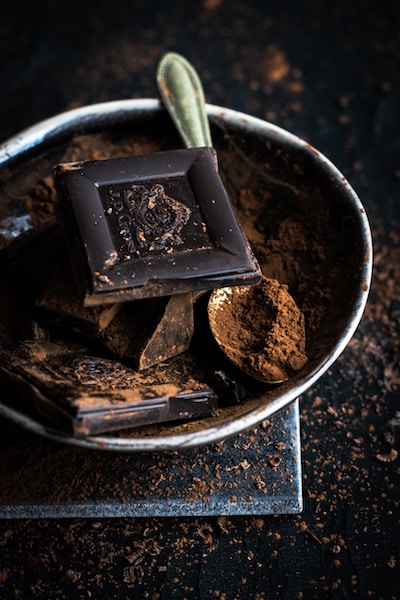 As Halloween revelers prepare to feast on chocolate, a new study from an international team of researchers, including the University of British Columbia, is pushing back the origins of the delicious sweet treat.

The study, published online in Nature Ecology & Evolution, suggests that cacao — the plant from which chocolate is made — was domesticated, or grown by people for food, around 1,500 years earlier than previously thought. In addition, the researchers found cacao was originally domesticated in South America, rather than in Central America.

Archaeological evidence of cacao’s use, dating back to 3,900 years ago, previously planted the idea that the cacao tree was first domesticated in Central America. But genetic evidence showing that the highest diversity of the cacao tree and related species is actually found in equatorial South America-where cacao is important to contemporary Indigenous groups-led the UBC team and their colleagues to search for evidence of the plant at an archaeological site in the region.

“This new study shows us that people in the upper reaches of the Amazon basin, extending up into the foothills of the Andes in southeastern Ecuador, were harvesting and consuming cacao that appears to be a close relative of the type of cacao later used in Mexico — and they were doing this 1,500 years earlier,” said Michael Blake, study co-author and professor in the UBC department of anthropology. “They were also doing so using elaborate pottery that pre-dates the pottery found in Central America and Mexico. This suggests that the use of cacao, probably as a drink, was something that caught on and very likely spread northwards by farmers growing cacao in what is now Colombia and eventually Panama and other parts of Central America and southern Mexico.”

Theobroma cacao, known as the cacao tree, was a culturally important crop in pre-Columbian Mesoamerica — a historical region and cultural area in North America that extends from approximately central Mexico through Belize, Guatemala, El Salvador, Honduras, Nicaragua, and northern Costa Rica. Cacao beans were used both as currency and to make the chocolate drinks consumed during feasts and rituals.

For the study, researchers studied ceramic artifacts from Santa Ana-La Florida, in Ecuador, the earliest known site of Mayo-Chinchipe culture, which was occupied from at least 5,450 years ago.

The researchers used three lines of evidence to show that the Mayo-Chinchipe culture used cacao between 5,300 and 2,100 years ago: the presence of starch grains specific to the cacao tree inside ceramic vessels and broken pieces of pottery; residues of theobromine, a bitter alkaloid found in the cacao tree but not its wild relatives; and fragments of ancient DNA with sequences unique to the cacao tree.

The findings suggest that the Mayo-Chinchipe people domesticated the cacao tree at least 1,500 years before the crop was used in Central America. As some of the artifacts from Santa Ana-La Florida have links to the Pacific coast, the researchers suggest that trade of goods, including culturally important plants, could have started cacao’s voyage north.

Sonia Zarrillo, the study’s lead author and adjunct assistant professor at the University of Calgary who carried out some of the research as a sessional instructor at UBC Okanagan’s department of anthropology, said the findings represent a methodological innovation in anthropological research.

“For the first time, three independent lines of archaeological evidence have documented the presence of ancient cacao in the Americas: starch grains, chemical biomarkers, and ancient DNA sequences,” she said. “These three methods combine to definitively identify a plant that is otherwise notoriously difficult to trace in the archaeological record because seeds and other parts quickly degrade in moist and warm tropical environments.”

Discovering the origins of food that we rely on today is important because it helps us understand the complex histories of who we are today, said Blake.

“Today we all rely, to one extent or another, on foods that were created by the Indigenous peoples of the Americas,” said Blake. “And one of the world’s favourites is chocolate.”