After the success of its pilot plant, Energy Innovation Corp. wants to expand

Toronto – A Canadian start-up company will open a biodiesel plant in Toronto this spring.

The new $2.5-million-facility will produce up to 10 million litres of biodiesel fuel per year. Energy Innovation began operating a pilot plant using flax seed in Port Colborne, Ont. in 2006 with a capacity of 3.2 million litres.

The story also reports that the company owns the rights to a production process that uses 40 per cent of the flax seed for fuel. The rest of the seed is turned into meal for animal feed or a gluten-free flax flour for humans. Energy Innovation aims to launch at least eight more plants over the next three years.

The story says that demand for biodiesel in Canada is expected to rise as the government is requiring a two per cent renewable fuel content in all diesel this year, though an exact implementation date remains to be announced. 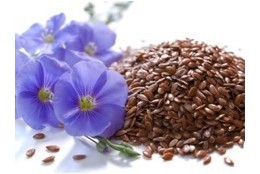 XL Foods to open Oct. 29 with limited production to start