U.S. Department of Agriculture (USDA) scientists have announced the preliminary release of the sequenced genome for the cacao tree. It’s expected that the achievement will help sustain the supply of high-quality chocolate worldwide, while at the same time helping cacao farmers produce trees that can better resist droughts, diseases and pests.

The project is a partnership between the USDA’s Agricultural Research Service; Mars, Inc.; IBM’s Thomas J. Watson Research Center; the Clemson University Genome Institute; the HudsonAlpha Institute for Biotechnology; Washington State University; Indiana University; the National Center for Genome Resources; and the Public Intellectual Property Resource for Agriculture at the University of California-Davis.

Worldwide, the chocolate industry is now worth US$17 billion. Approximately 70 per cent of this chocolate comes from West Africa and small farming operations. However, fungal disease can destroy up to 80 per cent of crop, leading to approximately US$700 million in losses annually and a higher global demand than can be supported. Now with this scientific breakthrough, it’s hoped that scientists will be able to better identify genetic markers for specific genes with beneficial traits, enabling breeders to eventually produce stronger trees with greater yields.

Although the project is funded by Mars Inc., the genome data will be publicly accessible, allowing scientists worldwide to work towards helping cocao farmers more directly improve their plants and their incomes. Global estimates show that there are roughly 6.5 million farmers in West Africa, Southeast Asia and South America who earn their living through cocoa production. Currently, many of these farmers rely on fair trade programs – such as those run under the Fairtrade Labelling Organizations International (FLO), an umbrella group representing 24 certifying organizations worldwide – to ensure they are able to make a living on what they earn.

According to FLO’s recently released The Benefits of Fairtrade, one million producers benefited from fairtrade in 2008, with the number rising to 1.2 million in 2009. Several global chocolate manufacturers also work closely with FLO on fair trade initiatives designed to help boost farmer income. Cadbury, for instance, has a 10-year, $80-million Cadbury Cocoa Partnership to support farmers in countries such as Ghana, where the company sources most of its cocoa.

In the past, there has been little scientific research invested in the study of cocoa, compared to other crops such as wheat or corn, something that is now likely to change. It’s hoped that genome sequencing will allow scientists to begin to boost cultivation efforts, eventually leading to greater benefits for farmers and manufacturers. 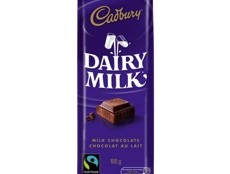