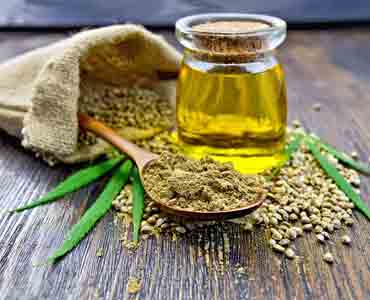 With the growth of the cannabis industry there has been an increase of studies to further understand the plant and its biological makeup.

Medical institutions such as the Center for Disease Control and Prevention (CDC) and the National Institutes of Health (NIH) have begun to cover the medical sector of the cannabis industry. In a FAQ, the CDC noted that the marijuana plant is linked to treating symptoms associated with some health problems. However, the CDC also mentioned that there isn’t enough large-scale research being done in order to consider cannabis as a registered medicine. The NIH also says that the U.S. Food and Drug Administration requires studies with hundreds to thousands of human subjects in order to determine the benefits and risks of a possible medication. However, despite the lack of large-scale research, the FDA has already approved a cannabis-based drug, Epidiolex.

The orally ingested drug was approved for patients that are two years or older who suffer from Dravet syndrome and Lennox-Gastaut syndrome. Dravet syndrome is a genetic dysfunction in the brain and Lennox-Gastaut syndrome is a form of epilepsy that results in multiple types of seizures, both of which occur during early childhood. The FDA has also approved synthetic versions of some cannabinoid chemicals. With the approval of Epidiolex, many believe that the FDA could possibly move to approve more cannabis-based drugs to treat other medical applications such as cancer or chronic pain. According to data compiled by Energias Market Research, the global medical marijuana market is expected to grow from US $8.28 billion in 2017 to US $28.07 billion by 2024.

“I have never seen anything like the explosion that we’re seeing right now in CBD, even with the bizarre legal gray area where CBD now operates. A few years ago almost no one knew what hemp-derived CBD was, it was sold by mostly small brands of tinctures online and through head shops,” said Bethany Gomez, Brightfield’s managing director.

“All of a sudden, CBD is everywhere – it is both a trendy, new ingredient in drinks, face creams and pet treats and an answer to the prayers of so many people suffering from medical conditions ranging from epilepsy to anxiety and chronic pain. It rides the waves of so many global food and health trends, as a substitute for opioids, towards more natural health alternatives and functional ingredients.”

Village Farms International, Inc.is one of the largest and longest-operating vertically integrated greenhouse growers in North America and the only publicly traded greenhouse produce company in Canada. Village Farms International, Inc. recently announced that it had entered into an agreement with Nature Crisp LLC to form a joint venture for the outdoor cultivation of high cannabidiol (CBD) hemp and CBD extraction in multiple states throughout the United States. Nature Crisp is a Georgia based farming operation and part of the Jennings agricultural group of companies, which grows a diverse range of food and other crops, including hemp, on more than 6,000 acres in the U.S. and Canada.