Scientists discover how we taste carbonation 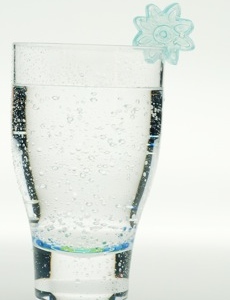 Scientists from the National Institute of Dental and Craniofacial Research (NIDCR), and the Howard Hughes Medical Institute at the University of California, San Diego, claim to have found how we taste the carbonation bubbling in our sodas, sparkling wines and all other carbonated drinks. The study, called The Taste of Carbonation, was published last week in the journal Science.

Taste of carbonation begins with an enzyme

What they found, according to a report on the NIDCR’s website, is that the taste of carbonation is initiated by an enzyme that interacts with the carbon dioxide in the soda.

This interaction activates the sour cells in our taste buds and sends a message to the brain “where carbonation is perceived as a familiar sensation.”

The report went on to say that “scientists believe that our sense of taste generates only a limited palate of distinct qualities: the familiar sweet, sour, salty, bitter and savoury tastes. Much of the flavour of food (the “tickling of taste buds”) comes from a combination of this taste information with input from other senses like touch and smell.”

Over the past decade, says the report, there has been progress in identifying how the five major taste qualities are perceived. And recent work suggests taste buds might detect other qualities, such as fat and metallic tastes.

A story on Scientific American.com reports that scientists speculate our carbon dioxide sensor may have evolved to help us avoid food that’s spoiled.