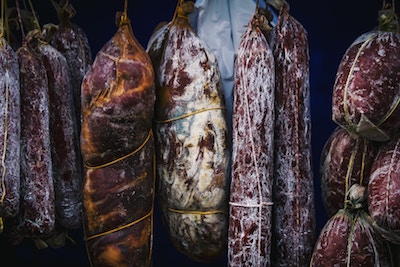 The 2018 U.S. Online Grocery Shopper Study  found about half of online shoppers plan to purchase grocery items more often in the coming year.  The study, performed by the Retail Feedback Group (RFG), also rated overall satisfaction when ordering food and grocery items online, with Amazon ranking the highest (4.70 on a five-point scale where five is highest), followed by Walmart (4.54) and Supermarkets/Food Stores (4.36). The research also captured generational differences with online shopping for food and groceries, finding Boomers are are the most satisfied (4.65), followed by Gen X (4.51) and Millennials (4.43).

Fresh Department Purchases
One of the striking findings when comparing current study findings to last year’s results was the increased purchasing levels of fresh food items based on online grocery shoppers indicating which supermarket type items they buy online. Year-over-year, significant increases were found in many of these departments.

Brian Numainville, RFG Principal said, “with an ever-increasing number of online grocery shopping options, consumers are clearly responding and purchasing a wide range of items. The willingness to purchase fresh items in higher frequencies than last year illustrates that providers are improving in their ability to overcome objections that historically have been limiters in these areas. While there is still room for growth, this finding provides encouraging news for retailers and others offering online food shopping services.”

Satisfaction with Elements of the Online Shopping Experience by Provider
Segmenting satisfaction scores on twelve touchpoints of the online shopping experience including ordering, fulfillment and people elements, by major provider, results in interesting findings, especially when comparing “highly satisfied” marks.

Doug Madenberg, RFG Principal, stated, “Clearly Amazon, Walmart, and Instacart are taking advantage of both their experience in the space, and the capital they continually invest, in improving the online grocery ordering and fulfilment experience. Supermarkets and food stores operating eCommerce on their own, or through a third-party platform, should take note of Instacart’s scores and ensure their service provides an experience at the same or higher level.”

Online versus In-Store Grocery Shopping
Online grocery shopping strengths, according to shoppers in the study, include making the most efficient use of their time and more convenience, as well as being more enjoyable and pleasantly surprising. In-store shopping strengths registered as providing products best meeting standards for quality and freshness, offering a better selection of products for shopper needs, making shoppers feel more valued as a customer and providing better customer service. Other areas measured scored about even for both types of shopping.

Special Topic: Meat
Shoppers who indicated anything lower than a five on the statement, “The items I received met my standards for quality and freshness” were asked to name the department(s) where quality fell short.  About a quarter (26 per cent) indicated meat.

About eight out of ten online shoppers (81 per cent) indicated that quality was the top factor they consider very important when purchasing meat online, followed by price (65 per cent) and proper handling/refrigeration during delivery (53 per cent). Among those who do not purchase meat online, the top reasons given were wanting to choose meat items themselves (63 per cent) or that meat items might not be refrigerated properly during delivery (55 per cent).

Grocery retailers and food distributors can obtain a free copy of the full report or request an interview / presentation of the results from the principals of Retail Feedback Group at report@retailfeedback.com. The study is based on a nationally representative sample of 760 respondents who shopped online for food and groceries in the last 30 days.