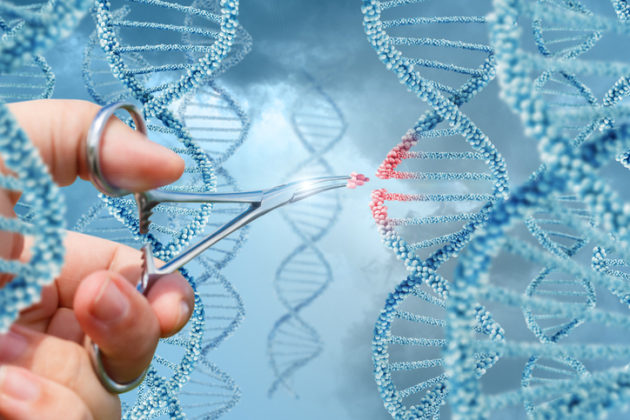 Scientists at the Wellcome Sanger Institute say their research shows that that CRISPR/Cas9 gene editing can cause greater genetic damage in cells than was previously thought.

These results create safety implications for gene therapies using CRISPR/Cas9 in the future as the unexpected damage could lead to dangerous changes in some cells.

As reported in the July 16 journal Nature Biotechnology, the study also revealed that standard tests for detecting DNA changes miss finding this genetic damage, and that caution and specific testing will be required for any potential gene therapies.

CRISPR/Cas9 is one of the newest genome editing tools. It can alter sections of DNA in cells by cutting at specific points and introducing changes at that location. Already extensively used in scientific research, CRISPR/Cas9 has also been seen as a promising way to create potential genome editing treatments for diseases such as HIV, cancer or sickle cell disease.

It is also being widely considered in food applications, as it does not  introduce new genes to an organism, which has been controversial with consumers fearful of transgenics.

Previous research had not shown many unforeseen mutations from CRISPR/Cas9 in the DNA at the genome editing target site. To investigate this further the researchers carried out a full systematic study in both mouse and human cells and discovered that CRISPR/Cas9 frequently caused extensive mutations, but at a greater distance from the target site.

The researchers found many of the cells had large genetic rearrangements such as DNA deletions and insertions. These could lead to important genes being switched on or off, which could have major implications for CRISPR/Cas9 use in therapies. In addition, some of these changes were too far away from the target site to be seen with standard genotyping methods.

Professor Allan Bradley, corresponding author on the study from the Wellcome Sanger Institute, said: “This is the first systematic assessment of unexpected events resulting from CRISPR/Cas9 editing in therapeutically relevant cells, and we found that changes in the DNA have been seriously underestimated before now.

“It is important that anyone thinking of using this technology for gene therapy proceeds with caution, and looks very carefully to check for possible harmful effects.”

Michael Kosicki, the first author from the Wellcome Sanger Institute, said: “My initial experiment used CRISPR/Cas9 as a tool to study gene activity, however it became clear that something unexpected was happening. Once we realized the extent of the genetic rearrangements we studied it systematically, looking at different genes and different therapeutically relevant cell lines, and showed that the CRISPR/Cas9 effects held true.”

Professor Maria Jasin, an independent researcher from Memorial Slone Kettering Cancer Centre, New York, who was not involved in the study said: “This study is the first to assess the repertoire of genomic damage arising at a CRISPR/Cas9 cleavage site. While it is not known if genomic sites in other cell lines will be affected in the same way, this study shows that further research and specific testing is needed before CRISPR/Cas9 is used clinically.”