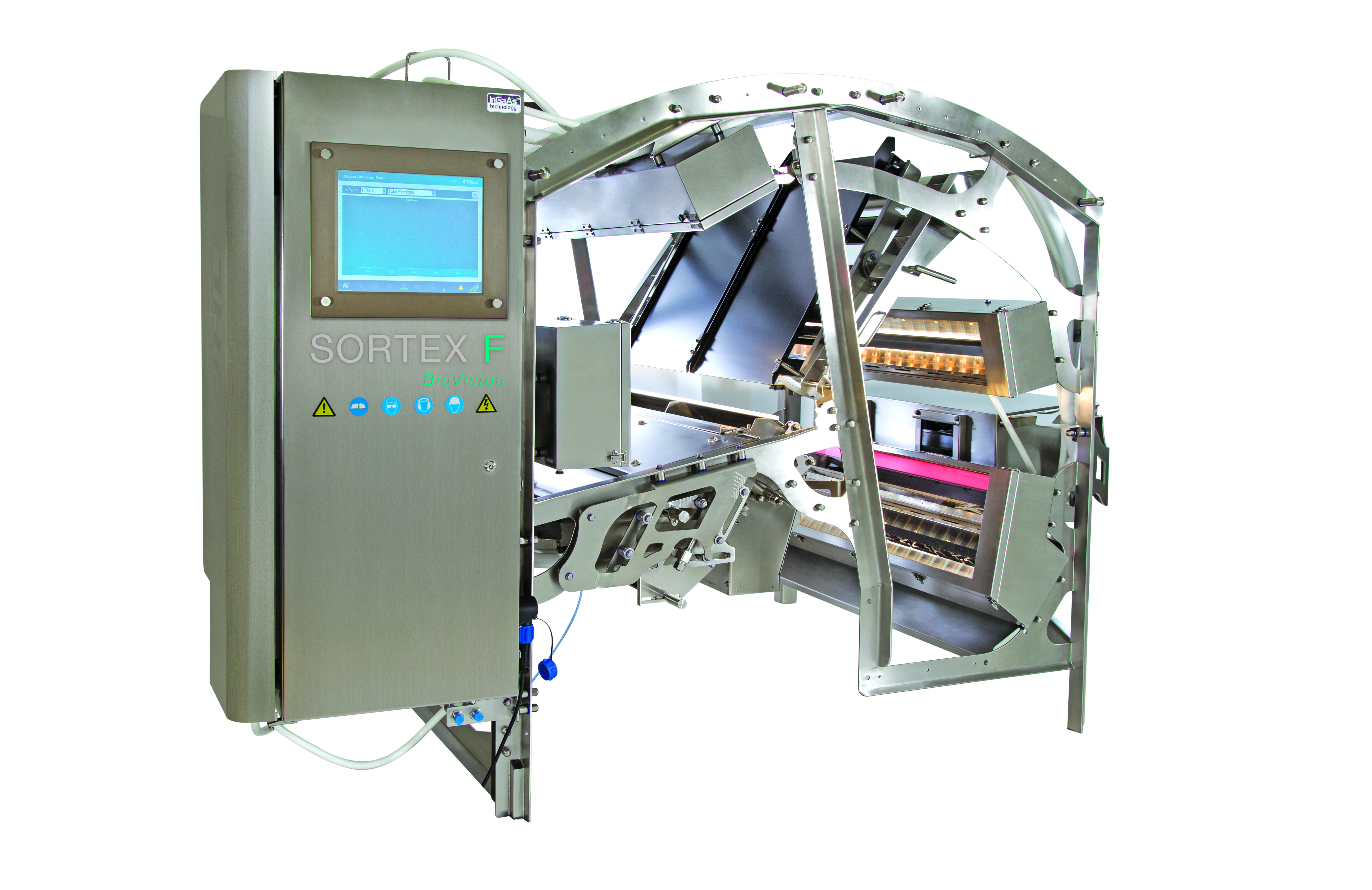 Bühler UK won this year’s Queen’s Award for Enterprise: Innovation for their research into camera technology used in sorting machines. The technology is used to drive up food safety controls in the nut and frozen vegetable sectors while also helping to increase plastic recycling rates.

This year’s award is in recognition of Bühler’s development of a unique camera technology used in sorting machines, capable of recognizing the subtlest of color and shading contrasts in materials and foods and so significantly increasing detection rates for foreign materials, potential choke hazards or contaminated foods.

The technology used by food producers in Europe and the United States, who reported increased detection rates for foreign materials up from 85 per cent to 95 per cent.

Bühler used this technology to produce a range of specialist cameras for different markets. Their BioVision camera is targeted at the nut industry, PolarVision is aimed at producers of frozen vegetable and PolyVision is designed to improve plastic recycling rates.

The Queen’s Award for Enterprise is the highest U.K. award for businesses who have excelled in the fields of international trade, innovation, or sustainable development. This is the seventh Queen’s Award that has been won by Bühler UK since 1968.