Researchers in the U.K. find that a natural component in beets has beneficial effects on blood vessel function and blood pressure

Researchers at the University of Reading say that eating four slices of bread containing beetroot has the effect of lowering blood pressure and improving the function of blood vessels, which can significantly improve heart health.

What is it about beetroots?

The component that is thought to be responsible for the beneficial effects on blood vessel function and blood pressure is dietary nitrate.

Dietary nitrate is a natural component of beetroot and a number of other vegetables such as spinach, lettuce and rocket (arugula).

The researchers say that when dietary nitrate is eaten it produces nitric oxide in the blood vessel wall, which causes relaxation of the vessel and increased blood flow.

This ultimately results in lowering of blood pressure and an improvement in blood vessel function.

“These exciting and novel findings show for the first time that bread containing beetroot improves blood vessel function. This is an important addition to the increasing body of evidence that suggests beneficial effects of dietary nitrate rich foods on the heart,” says Julie Lovegrove, professor of Human Nutrition, head of the Hugh Sinclair Unit of Human Nutrition and the deputy director of the Institute for Cardiovascular and Metabolic Research (ICMR) at the University of Reading.

“This research also supports the findings of our previous study which was carried out last year and showed that beetroot in the form of juice or bread lowers blood pressure. Collectively, these studies suggest a potential role for foods rich in dietary nitrate in the management of high blood pressure.”

The researchers provided 24 participants with four slices (200 g) of bread containing 100 g of beetroot, or control bread with no beetroot enrichment once on two separate occasions.

What they found was the diastolic blood pressure of those who consumed beetroot bread was lowered by up to 7 mmHg when compared to the control group approximately three hours after consumption.

The researchers say the evidence they gathered suggests that a reduction in diastolic blood pressure of 5-6 mmHg over a five-year period could reduce the chances of a stroke by 38 per cent and coronary heart disease by 23 per cent less. 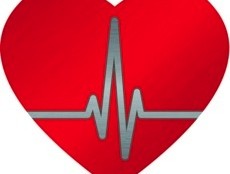 Adding spice may cut the fat