Ottawa – Canola is expected to have a record harvest for 2011, and barley, oats and wheat are expected to yield higher harvests for 2011.

Those are preliminary results from Statistics Canada’s latest Principal Field Crops report. In it StatsCan says that Prairie farmers anticipate a record harvest of canola, as well as higher volumes of barley, oats and wheat compared with 2010.

Farmers in Ontario, however, anticipate a smaller crop of corn for grain in 2011. And hot, dry conditions in Ontario and Quebec had farmers concerned about crop yields for both grain corn and soybeans in 2011.

In Western Canada, StatsCan says farmers have reported that the recent hot, sunny weather may temper production losses that had been anticipated earlier because of a damp, late spring with persistent wet conditions in many areas.

StatsCan says total wheat production on the Prairies is expected to reach 21.5 mllion metric tons, up from 21 million tons produced in 2010.

In Saskatchewan and Alberta farmers expect increased production of wheat in 2011. But in Manitoba farmers anticipate a 30.3% decline (or -988 600 tons) to 2.3 million tons, the result of adverse weather conditions.

The report says Prairie farmers expect canola production will increase 10.9% to a record 13.0 million tons. This would be the result of a record area to be harvested of 17.8 million acres and a strong yield of 32.3 bushels per acre.

In Saskatchewan, farmers anticipate a potential record production of 6.5 million tons. This would be the result of a record area to be harvested of 9.2 million acres, an increase of 1.8 million acres from 2010.

Farmers in Saskatchewan and Alberta anticipate increased production of barley, whereas farmers in Manitoba could see a decline as a result of a reduced area to be harvested.

Saskatchewan farmers are accounting for all the increase, as their counterparts in Alberta and Manitoba expect lower volumes of oats in 2011. 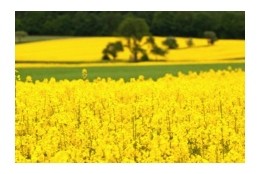 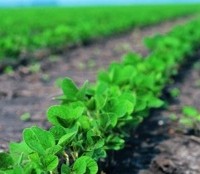