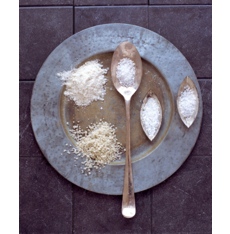 The new report by Health Canada’s Multi-Stakeholder Working Group on Sodium Reduction (aka the Sodium Working Group, or SWG) recommends Canadians cut sodium intake to an average Tolerable Upper Intake Level (UL) of 2,300 mg per day by 2016, with an ultimate goal of having more than 95 per cent of Canadians consuming below that level.

To reach those targets, the SWG is calling on the food and beverage industry to voluntarily reduce sodium levels in products, among other recommendations.

Established in late 2007 by Health Canada, the SWG was designed to develop and oversee the implementation of a health strategy for reducing sodium intake among Canadians. Its recommendations are directed at all levels of government, as well as non-governmental organizations, consumers, industry and other stakeholders.

According to the SWG’s report, Sodium Reduction Strategy for Canada, the mean intake of sodium by Canadians is approximately 3,400 mg per day. Currently, 85 per cent of men and between 63 per cent and 83 per cent of women between age nine and 70 exceed the targeted UL of 2,300 mg per day. Among children aged one to three, that number is 77 per cent, while among children aged four to eight 93 per cent exceed the targeted UL.

Excessive sodium consumption has been shown to lead to cardiovascular diseases, including hypertension, heart disease and stroke.

The report goes on to note that processed foods account for 77 per cent of sodium intake in the population; 12 per cent is naturally occurring; five per cent is added during cooking; and six per cent is added at the table. And while it acknowledges that the food industry is already working on an individual company level to reduce sodium in products, it points out that efforts are not yet consistent.

The SWG is urging a three-pronged approach to reducing sodium consumption. “The Sodium Reduction Strategy for Canada is a multi-staged, three-pronged approach that includes structured, voluntary reduction of sodium levels in processed food products and foods sold in restaurant and foodservice establishments; education and awareness for consumers, industry, health professionals and other key stakeholders; and support for research,” says Dr. Mary L’Abbé, Earle W. McHenry professor and chair of the Department of Nutritional Sciences for the Faculty of Medicine at University of Toronto, and vice-chair of the Sodium Working Group. “A successful outcome depends on action in all areas. They cannot be separated from one another.”

The group also makes specific recommendations for the food industry. These include: