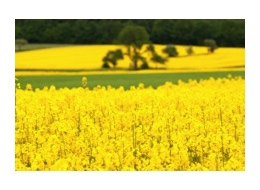 The planting of canola is expected to exceed the record area planted in 2009, reports Statistics Canada in its Principle Field Crops report. The report, which was released in April, found that Prairie farmers may increase planting of canola by 4.7, while the area seeded to durum wheat will likely drop by a third from 2009.

Statistics Canada says early indications are that Prairie farmers may plant a record area of 16.8 million acres (or 6.84 million hectares) of canola.

This would make it the fourth consecutive annual increase in canola area on the Prairies.

Most of the increase is expected in Saskatchewan, where farmers reported a new high of 8.6 million acres, up 700,000 acres over the 2009 seeded area.

This decline in seeded area appears to be primarily a reaction by farmers to unattractive prices, as a result of large world carry-in stocks from 2009.

In Saskatchewan, where the majority of Canadian durum is grown, farmers may seed 3.2 million acres, down 32.2 per cent and Alberta farmers could plant 485,000 acres, 47.8 per cent less compared with 2009.

Ontario soybean seeded area should rise by 50,000 acres to 2.5 million acres, while in Quebec the area seeded to soybeans is reported to remain at the 2009 area of 598,000 acres.

By contrast, only 50,000 acres of soybeans was seeded in Manitoba in 2001, when Statistics Canada first began recording this crop. Acreage has been increasing in that province since that time.