R&D Without Breaking the Bank

Never before have small companies been offered such enticing incentives to get involved in research and development. National and provincial programs are now making it easier for small- and mid-size businesses to tap into the top-notch researchers and state-of-the art equipment found in Canadian universities. For companies, the payoffs include increased market share, greater efficiencies, reduced costs and higher profits. For Canada, investing in innovation is critical to narrowing the country’s productivity gap with many of its largest trading partners, particularly the U.S.

At just 54 per cent of overall R&D spent, private sector investments in research in Canada pale in comparison to the 65 to 70 per cent spent in the U.S. and Europe. The problem is particularly acute among small companies which have yet to fully embrace innovation. But that innovation doesn’t have to be something overly ambitious, and instead is about responding to change in a creative way that increases your company’s value in the marketplace, explains Jacques Simoneau, executive vice-president of Investments at the Business Development Bank of Canada (BDC). “Standing still in business is not something you can sustain for very long anymore,” says Simoneau. “If you don’t improve, you’ll soon find yourself with an old-fashioned product, run by an old-fashioned company that is being overtaken in the market by its competitors.”

Canada’s single largest R&D incentive is the Scientific Research and Experimental Development (SR&ED) Tax Credit program. Canadian companies can earn an investment tax credit of 35 per cent of qualifying expenditures, including salaries, capital, consulting fees and materials. For most companies, these credits take the form of a cash refund. Another popular program is the National Research Council’s Industrial Research Assistance Program, which provides advice, technological expertise and research funding through a network of 260 professionals working in 100 communities across the country.

Internships are a particularly attractive option for smaller companies. In April 2008, the federal government established ACCELERATE Canada, which is placing 1,200 graduate and post-graduate students with Canadian companies to solve real-world problems. Each research project is designed by a university professor and a company, and students typically work on-site for four or eight months. Companies contribute one-half of the cost of each internship. Similar programs are available through Canada’s largest research granting agency, the Natural Sciences and Engineering Research Council (NSERC), which will pay up to $30,000 a year over two years towards the salary of a recent doctoral graduate. Companies can also partner with a university on a specific project. NSERC contributes 50 per cent of the cost and the industry partner puts in 25 per cent in cash and 25 per cent as an in-kind contribution. When the SR&ED tax credit is factored in, companies can do research at 17 cents on the dollar.

“The first step is for companies to contact us early so we can guide them to a specific project or perhaps an industrial research chair,” says Janet Walden, vice-president of NSERC’s Research Partnerships Programs. “By the time they get through working with our staff, the success rate for funding applications is in the 80-per-cent range. This is a terrific opportunity for small businesses.”

Interest in NSERC’s partnership programs has been rising significantly, and from 1998 to 2007 it experienced 254-per-cent growth in the number of small businesses participating. NSERC has also partnered with BDC and the National Research Council to transform promising research into actual products. 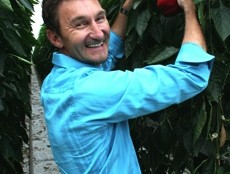