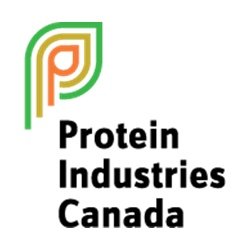 Protein Industries Canada Supercluster (PIC) has appointed Bill Greuel as Chief Executive Officer (CEO). Bill will be responsible for leading the Supercluster to develop Canada’s plant-based protein potential and create enhanced value from one of Canada’s largest industries. He officially assumes the role on October 15, 2018.

Greuel brings an extensive background in the agriculture industry and joins PIC from the Saskatchewan Ministry of Agriculture where he served as the Assistant Deputy Minister, Regulatory and Innovation. His Ministry experience also includes Executive Director of the Crops and Irrigation Branch, Provincial Oilseed Specialist and Research and Development Manager. In addition to his public sector experience, Bill has also worked for a biotech start-up, spent several years in the canola industry and earned progressive leadership roles in BASF Canada. An advocate for innovation, Bill is actively engaged in several boards and committees including the Agriculture Development Fund Advisory Committee and the boards of Ag-West Bio and Prairie Agricultural Machinery Institute.

“It is an honour to be the inaugural CEO and help Canada become a recognized leader in plant protein,” says Greuel. “PIC is well positioned to grow the western Canadian economy. Farmers, service companies, value added processors, academic institutions, consumers – everyone on the prairies and throughout Canada will stand to benefit.”

Frank Hart, Board Chair was excited to find a leader with experience that spans the breadth of PIC’s membership. “PIC is an industry-led consortium of small- to large-sized enterprises, research, academia, associations, and governments involved in the food and food ingredient manufacturing, agriculture and food-related services. Bill’s diverse background and leadership will help position the organization to understand members’ needs, identify market opportunities and ultimately deliver programs for economic growth.”

Protein Industries Canada (PIC) is a western Canadian supercluster of partners working to position Canada as the leading centre of high-quality plant-based protein.

The PIC Supercluster is one of five superclusters receiving federal support as a part of the Innovation Superclusters Initiative. The Initiative has allocated a small number of high-value, strategic investments in the form of non-repayable contributions to industry-led consortia. PIC will benefit from contributions totaling up to $153 million in funding that will be matched with private sector investment.