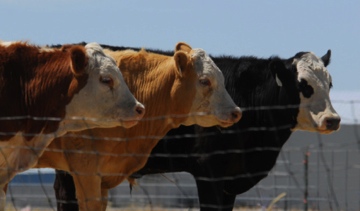 The Saskatchewan government has made changes to the province’s Premises Identification (PID) program, a traceability tool to plan for, control and prevent the spread of animal diseases, and to respond to other emergencies.

In the coming months, Saskatchewan Ministry of Agriculture livestock programs will begin requiring applicants to have a PID number to participate.

“The federal government proudly supports a healthy, sustainable and robust agriculture industry,” says Lawrence MacAulay, Canada’s Minister of Agriculture and Agri-Food. “These new requirements will help Saskatchewan producers protect the health of their livestock, as well as their farm businesses.”

Saskatchewan’s voluntary PID program was launched in June 2014. According to a government press release, currently less than 3,000 of the province’s livestock and poultry producers, veterinarians, feedlots, and other livestock commingling sites are enrolled. Requiring a PID number for program eligibility is expected to help the province reach full PID participation, which is necessary to make the system effective. Manitoba and Alberta have similar regulations mandating enrollment in their PID programs.

As the press release explains, an effective PID database can be used to plan and implement emergency responses in the case of an animal health concern, a public health emergency, or an emergency such as a natural disaster that affects animals and people. Registrants’ information will be private, and will only be used in such emergencies.

“As one of the three pillars of traceability, Premises Identification is an important part of ensuring the health and safety of our province’s livestock. With a full PID database, we’ll be in a better position to prevent or respond to an animal disease outbreak or natural disaster,” says Lyle Stewart, Saskatchewan’s Minister of Agriculture.

“I want to make sure I’m in the best position possible to protect my cattle if a disease outbreak happens,” adds Rick Toney, Saskatchewan Cattlemen’s Association Vice-Chair. “That’s why registering for a PID number just made sense; it was an easy way to make sure my cattle would be safe in an emergency.”

The Saskatchewan PID database is funded through Growing Forward 2, a cost-shared partnership between federal, provincial and territorial (FPT) governments designed to support an innovative, competitive and profitable Canadian agriculture and agri-food sector.