IbR regulations represent a small step forward in food safety regulation, but hopefully a streamlined central platform is coming, says Gary Gnirss, a Food in Canada columnist and partner and president of Legal Suites Inc., specializing in regulatory software and services. “By now the concept of “incorporation by reference” (IbR) — in view of Federal food laws like the Food and Drugs Act (FDA) and the Safe Food for Canadians (SFC) Act and subordinate regulations FDR and SFC — is well known, but its story is far from over.

Prior to 2012 the use of IbR was limited. A classic example involves food additive specifications IbR under the Food and Drug Regulations (FDR). In 2016, the FDR “IbR-ed” other documents like the three governing nutrition labelling (Table of Reference Amounts for Food, Directory of Nutrition Facts Table Formats and Table of Daily Values). Canada’s “List of contaminants and other adulterating substances in foods” is now also IbR.

In 2012, the door on IbR swung wide open when the FDA was amended to permit the Minister of Health to issue marketing authorizations (MA), which can include documents undergoing the IbR process. The first regulation subject to this process was the List of Permitted Food Additives.

On January 15, 2019, the SFC Act came into force with IbR as part of its DNA. It came with at least 17 IbR documents, covering compliance requirements related to food standards, grades, common fish names and units of measures, just to mention a few.

We are not done yet — if finalized, the Canadian Food Inspection Agency’s (CFIA) food labelling modernization efforts would see two additional IbR documents, “Descriptive Terms and Identification Names for Specific Foods and Standard Container Sizes.” Not to be outdone, Health Canada is also looking to add two additional IbR documents under the FDR: “Prepackaged Products which do not Require a Best Before Date” and “Common Names for Ingredients and Components.” Health Canada is also looking in the near future to propose new regulations on food fortification. The use of IbR documents, possibly via an MA, would seem to be reasonable in managing this modernization.

Amending conventional regulations (such as “governor in council” regulations) is a lengthy process but these types of regulations usually don’t require frequent updates. The process requires proposed amendments published in Canada Gazette I, registration with the Privy council and then publication in Canada Gazette II. Those documents potentially subject to frequent modification (for example, Canada’s List of Permitted Food Additives) are suited to being “IbR-ed” because IbR documents can be amended without this lengthy and tedious process.

However, since amending IbR documents does not expose them to the same formality as conventional regulations, the authorities responsible for maintaining these documents need to make sure there is adequate transparency and opportunities for participation in the process. The challenge for industry is keeping pace. Equally so, these documents need to keep pace with changes as amendments are expected.

With respect to food additive amendments, Health Canada issues notices of proposal (NOP) and notices of modification (NOM), akin to the Canada Gazette process. It maintains an inventory of such notices on its website and announces changes to email subscribers. This model works well. CFIA also has an existing policy relating to how it maintains IbR documents but has less experience in making amendments because its rules are so new.

Some of the current IbR documents don’t need frequent updates. For example, it is not likely that the Table of Daily Values related to nutrition labelling will need to be updated often. The nutritional science underpinning these values have a durable life measurable in years. In contrast, the Table of Reference Amounts for Food that speaks to reference amount for foods as well as serving sizes for multiple serving foods is expected to need more regular updates. In fact, an update seems warranted as certain foods are mysteriously absent. A more structured engagement with industry might help keep things current.

And now in February 2021, CFIA has provided such a formal structure: “How to request a modification to a document incorporated by reference by CFIA into the Safe Food for Canadians Regulations or the food-related provisions of the Food and Drug Regulations.” However, it does not cover all IbR documents. Some IbR documents under the FDR are maintained by Health Canada.

While integration of all IbR documents is expected, it is not clear how transition periods (where amendments affect the compliance of existing food products) would fit into Health Canada and CFIA’s new Consultation on Proposed Joint Policy Statement on Food Labelling Coordination. The latter is a separate policy initiative looking at setting up fixed compliance dates every two years. The first of such dates is targeted for January 1, 2026.

IbR 2.0 is a small step forward. We need to now prepare for the new IbR documents that will come on stream and get the existing ones updated. Perhaps by IbR 3.0 we can have CFIA and Health Canada consolidate all IbR documents in one place and have a joint policy between Health Canada and CFIA, so notices of proposals and notices of modifications are issued through a central platform. 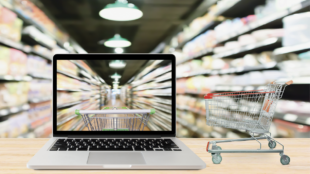