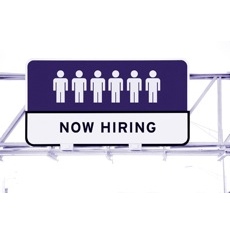 The survey found that the unemployment rate edged down 0.1 percentage points in April to 8.1 per cent, as more people participated in the labour market.

StatsCan says the gain in April was of a similar magitude to some of the monthly losses observed in the most recent employment downturn, which began in the fall of 2008.

April’s employment increase brings total gains since the start of the upward trend in July 2009 to 285,000.

In April, two-thirds of the employment growth was among men age 25 and over (+72,000), the strongest monthly increase for this group since comparable data became available in 1976.

All of April’s increase was among employees in the private sector.

Employment grew in all provinces in April, with the largest increases in Ontario, Quebec, B.C., Alberta and Manitoba.

Compared with a year earlier, average hourly wages were up two per cent in April, a rate of growth similar to those observed since January 2010.

The largest increases in April were in:

Since July 2009, employment growth has been driven by gains in services, as well as construction and natural resources.

Over the same period, employment in manufacturing remained stable.

April’s employment increase was entirely among private sector employees (+109,000), while both the public sector and self-employment were unchanged.

The number of self-employed workers declined by 1.2 per cent during the same period.

The unemployment rate was unchanged at 8.8 per cent, as more people participated in the labour market.

In April, employment rose by 35,000 in Quebec, and the unemployment rate edged down to 7.9 per cent.

In B.C., employment gains of 13,000 in April pushed the unemployment rate down 0.6 percentage points to 7.3 per cent.

Employment in Alberta rose by 10,000 in April, and the unemployment rate edged down to 7.4 per cent.

Despite April’s gain, Alberta is the only province with no employment growth since July 2009.

Employment also grew in Manitoba in April, up 7,000, pushing the unemployment rate down 0.3 percentage points to 4.9 per cent, the lowest in the country.